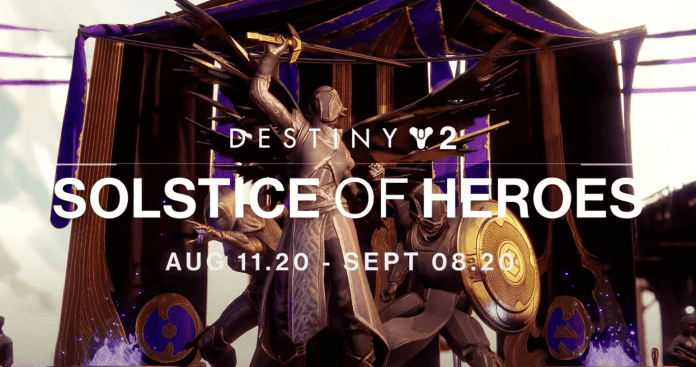 When Destiny 2 updates next Tuesday, Guardians will see the return of the annual Solstice of Heroes event. If you’re confused by which event this is, because there are so many, it’s the one that gives you glow-y armor.

Bungie celebrated its return with a trailer of Guardians showing their best dance moves.

Whoever chose the music bed for this trailer deserves a hefty raise. Nevertheless, Solstice of Heroes takes place August 11, 2020 – September 8, 2020. During that time, Guardians will be afforded the opportunity to collect and improve fancy new armor pieces. Well if that seems unattainable, Eververse will be offering new ornaments that will allow any legendary armor piece to glow. So everyone can still get their glow on, some way, somehow.