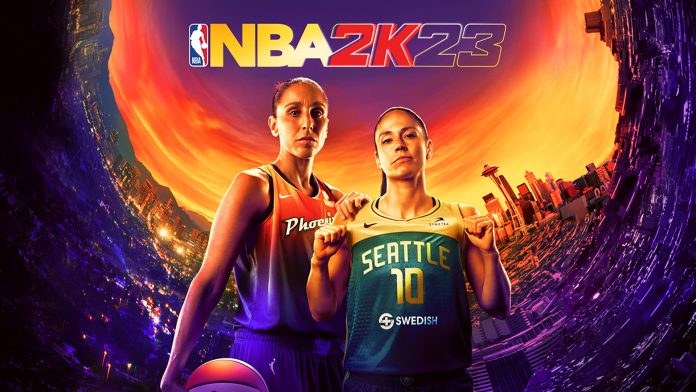 2K has revealed another alternate cover for NBA 2K23, marking the second time the WNBA has been given the spotlight!

On top of the Michael Jordan cover, players will also be able to pick up a WNBA cover for this year’s NBA 2K23 game, which will be available exclusively from GameStop. Diana Taurasi and Sue Bird are the featured athletes from the WNBA this time around, and apparently there’s one more cover athlete reveal set for tomorrow:

“It really is an incredible feeling to see your hard work memorialized on the cover of a game like NBA 2K23,” said Taurasi. “There are so many kids that dream of pursuing a professional basketball career, and they can now ​​also dream of being on the NBA 2K cover, whether they want to play in the NBA or WNBA.”

Even better, 2K is partnering with the athletes to donate to Every Kid Sports:

Celebrating Sue Bird’s and Diana Taurasi’s career-long commitments to securing equal opportunities for women athletes, NBA 2K is also partnering with the WNBA stars to donate $100,000 to Every Kid Sports, giving young people the opportunity to join youth basketball programs across the country. The donation will increase access to youth basketball by covering the registration fees for over 550 girls from income-restricted families. Every Kid Sports is a national nonprofit dedicated to helping children play recreational youth sports.

“It’s amazing to see myself on the cover of a video game that has such a cultural impact,” said Bird. “And by partnering with NBA 2K and Every Kid Sports, Diana and I have the opportunity to open doors to hundreds of young girls in this country who want to express themselves on the court. I’m honored to be on the cover, and even more honored to use my legacy to provide these opportunities for the next generation.”