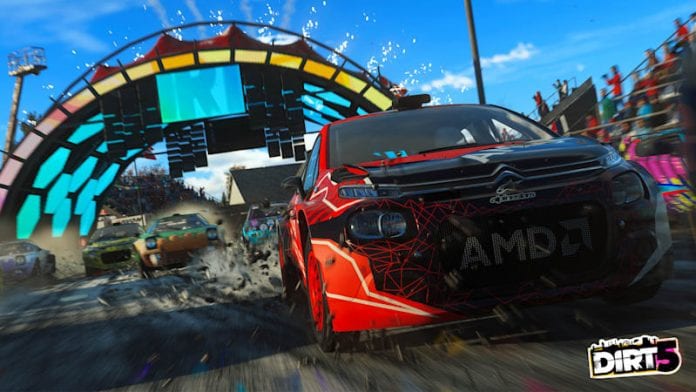 A new entry in the off-road racing series Dirt 5 was announced during the Inside Xbox show. Developer Codebreakers will bring unique all-terrain machines to exciting new environments in the new game.

DIRT 5 writes a new chapter in the legacy of DiRT – bolder and braver than ever before. Travel the globe, tame the most incredible off-road machines with your friends, and be part of a vibe that delivers big on epic action, pure expression, and unbridled style.

Dirt 5 will release in October 2020 on Xbox One, but will easily transition to Xbox Series X with Smart Delivery.