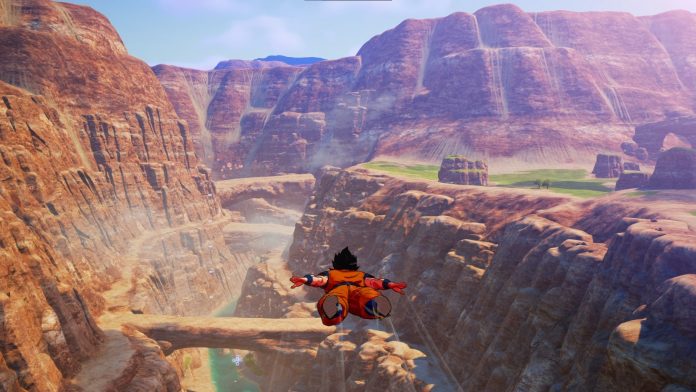 Bandai Namco have announced the release date for the PlayStation 5 and Xbox Series X|S version of Dragon Ball Z: Kakarot!

If you enjoyed Dragon Ball Z: Kakarot, or missed out and looking for a good excuse to play it, you’ll get the chance in a few months. The new enhanced version of the game, built for the new-generation consoles, is set to arrive on January 13, 2023. Even better, current owners will be able to upgrade to the new version for free!

Developed by CyberConnect2 Co., Ltd., DRAGON BALL Z KAKAROT lets players experience the legendary story of DRAGON BALL Z. Featuring epic events and lighthearted side quests, including story moments that answer burning questions from Dragon Ball lore, fans can truly experience becoming Goku as they fish, fly, train, and battle their way through the entirety of the DRAGON BALL Z sagas. Enhancements to the new-gen versions include faster loading times, fluid gameplay up to 60 FPS, and new visual details that enhance the immersion into the world of DRAGON BALL. DRAGON BALL Z: KAKAROT’s in-game card game, Card Warriors, will also be available in the new-gen versions of the title as an offline version for single players.

While only the physical version is currently available for preorder, DRAGON BALL Z: KAKAROT will offer the following digital SKUs when it launches on January 13:

Will you be making the current-gen upgrade to Dragon Ball Z: Kakarot this January?