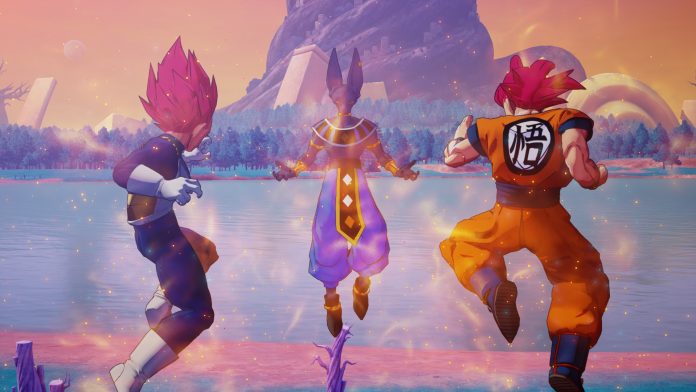 The first DLC for Dragon Ball Z: Kakarot brings (part of) the Dragon Ball Super story into the game. Check out new screens before it launches next week!

Last month brought our first look at the upcoming story-based DLC for Dragon Ball Z: Kakarot, but today brings all new images from the expansion as well as a release date: April 28th. Yep, you’ve only got a week to go before you can pick up New Power Awakens – Part 1.

This DLC features a game exclusive original story where Goku and Vegeta must train and awaken as “Super Saiyan Gods” to defeat Beerus, the “God of Destruction”! This first DLC for DRAGON BALL Z: KAKAROT will provide multiple opportunities for players to gain Experience Points and can be accessed at any point during the game. The “New Power Awakens – Part 1” DLC will be available on April 28 along with the DRAGON BALL Z: KAKAROT Music Compilation Pack for the PlayStation 4, Xbox One, and PCs via STEAM!

Will you be downloading this DLC next week?