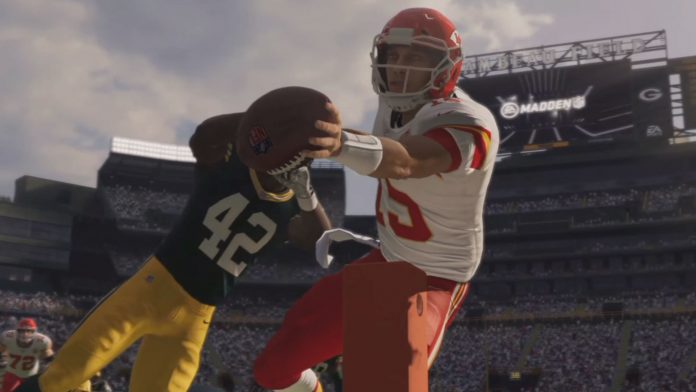 After fan outry, Electronic Arts will be extending their Madden NFL 21 free upgrade offer to Xbox Series X. Xbox One owners of the game will now be able to upgrade their Xbox One version of Madden NFL 21 for free, until Madden NFL 22 releases.

This comes on the heels of an Inside Xbox event, in early may, where MVP QB Patrick Mahomes showed off a bit of the game and included a brief blurb on how Madden 21 will be free to upgrade to Xbox Series X, so long as you owned a copy on Xbox One. However, that wasn’t the whole story.

Rather than utilize Xbox’s Smart Delivery program, which gives players who purchase an Xbox One version of a game a free upgrade to the improved Xbox Series X version once it’s released, EA opted for something called Dual Entitlement. This approach put a time limit on when you could upgrade for free.

The initial offer made it to where players had to purchase the Xbox One version before December 31, 2020. Then, they’d have to redeem the Xbox Series X upgrade by March 31, 2021. It was a convoluted approach that completely confused Xbox’s Smart Delivery messaging.

The reality is, the Xbox Series X releases this Holiday season and not everyone upgrades to next-gen on day one. Thus, it would’ve left players who purchased an Xbox Series X in April out in the cold. Naturally, none of this sat well with players. Thankfully, EA responded perfectly.

“During our recent Inside Xbox announce, we included some dates limiting this Dual Entitlement approach,” the text on EA’s Next Level website now says. “Having listened to our players response we’re extending the offer all the way through our Madden 21 season up to the release of Madden NFL 22, so players can upgrade to Madden NFL 21 on Xbox Series X whenever they first purchase their new console within that period.”

Madden NFL 21 is set to release in August 2020. However, there has not been much information released, so far. We know that Baltimore Ravens QB Lamar Jackson is the Cover Athlete (because he leaked it, himself) and that’s about it. We don’t even know if EA will have a similar upgrade program for PlayStation 5.

A reveal was scheduled for June 1. However, the tragic death of George Floyd and countless other black people sparked a conversation that was far more important than a game reveal.