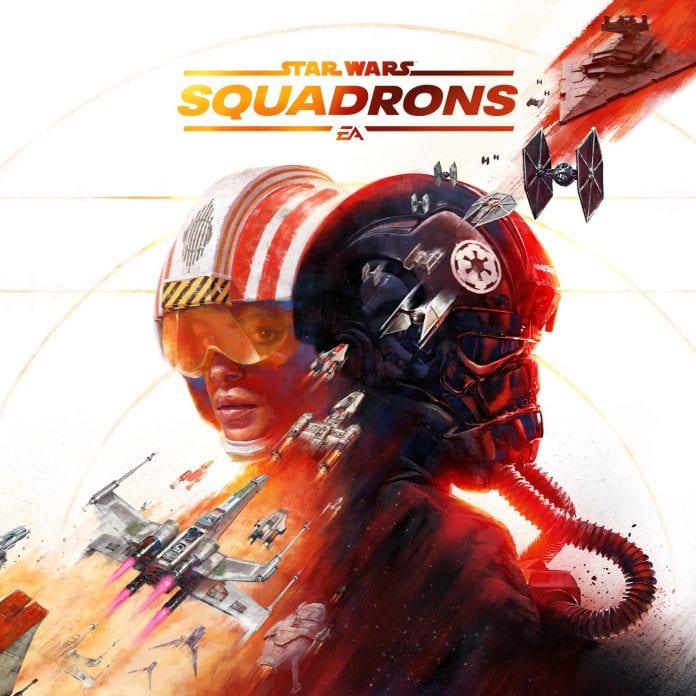 Star Wars and Electronic Arts just dropped the trailer for this Fall’s flight simulator Star Wars: Squadrons, including some new screens and details!

Today’s the day for our first look at a brand new Star Wars game, and there’s a whole lot to love. Check out all the details below!

Master the art of starfighter combat in the authentic piloting experience Star Wars: Squadrons. Buckle up and feel the rush of first-person multiplayer space dogfights alongside your squadron. Pilots who enlist will step into the cockpits of legendary starfighters, from both the New Republic and Imperial fleets, and fight in strategic 5v5 space battles. Modify your starfighter and adjust the composition of your squadron to suit varying playstyles and crush the opposition. Pilots will triumph as a team and complete tactical objectives across known and never-before-seen battlefields, including the gas giant of Yavin Prime and the shattered moon of Galitan.

Star Wars: Squadrons will also feature a single-player story that brings to life events following the Battle of Endor when the Rebel Alliance has successfully destroyed the Death Star II. Through the story, players  will learn what it means to be a pilot as they battle from the alternating perspectives of two customizable pilots, one serving in the New Republic’s heroic Vanguard Squadron, while the other fights for the Galactic Empire’s fearsome Titan Squadron. The authentic story features a diverse cast of original characters, as well as some cameos from familiar faces in the Star Wars galaxy.

Squadrons is a new flight simulator game that will allow players to climb into the cockpit of some of the galaxy’s most recognizable starfighters including X-Wings, Y-Wings, A-Wings, TIE Reapers, TIE Bombers, and TIE Fighters! Launching this Fall, the game will feature a short single-player campaign with a heavy focus on dog-fighting and multiplayer action, and will be available on the PlayStation 4, Xbox One, and PC, and playable via virtual reality (VR) on PlayStation 4 and PC.

The game was developed by EA’s Motive Studio, who was the team behind the single player campaign in Battlefront II: Inferno Squadron, which featured some incredible flying sequences and chapters. With game play and technology increasing exponentially, and using BF2 as a starting point, I think we’re in for something pretty special here.

Star Wars: Squadrons is available now for pre-order* and lands on retail and digital storefronts on October 2 for $39.99.