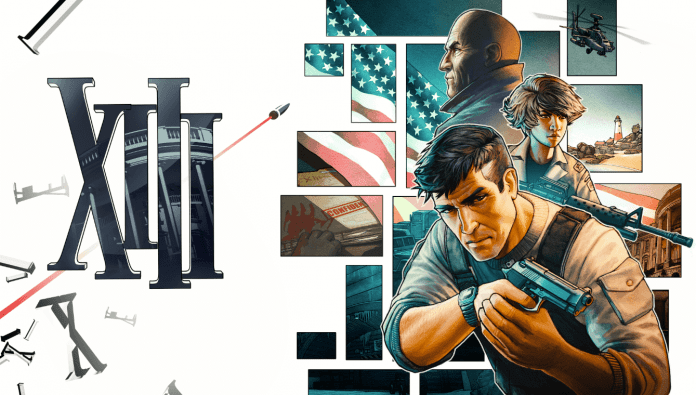 Originally developed by Ubisoft in 2003, Microids and PlayMagic are bringing the cel-shaded First-Person Shooter XIII back on November 10, 2020. The remake of the cult classic will find new life on Xbox One, PlayStation 4, Nintendo Switch, and PC/Mac with updated graphics and gameplay using today’s modern technology.

To announce the release date and show off a bit more of this remade gameplay, Microids and PlayMagic released a brand new gameplay trailer for XIII.

Who are you? The country is still in shock after President Sheridan’s assassination. You wake up injured and with amnesia on the shore of an east coast beach. The only clues about your identity are the number XIII tattooed on your collarbone and the key to a locker. Despite the memory loss, you realize not everything has been forgotten as you seem to have amazing reflexes comparable to a well-trained government agent. You will soon be on your way to uncover your past, discovering in the process your role in the murder of the US president and unveiling the most astonishing conspiracy in the country’s history.

The XIII remake launches on November 10, 2020 for Xbox One, PlayStation 4, Nintendo Switch, and PC/Mac.