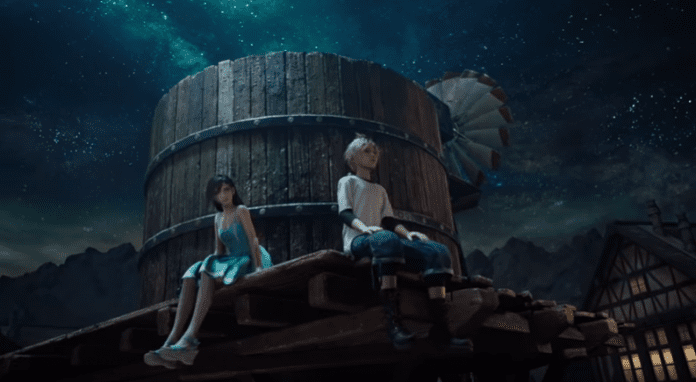 The video shares a ton of interesting tidbits for veterans of Final Fantasy VII, while highlighting the motivations and backstory of characters without spoiling anything big for newcomers. They even discuss how they gave the members of Avalanche more prominent roles, which is briefly touched on in the demo. That said, there are two main points that stuck out throughout the video.

The first had to do with the main character Cloud Strife. According to the writer of Final Fantasy VII and its Remake Kazushige Nojima, changes have been made to Cloud’s personality. He’s nervous that fans won’t accept it. Here’s the full quote.

“There is something I want to tell people, but I am also a little nervous about saying.” said Kazushige Nojima “For this game I have gone much deeper into the inner psychology of Cloud, the main character. In the original I depicted him as a cool and stylish character. However, this time, he can miss the mark and be a little cringe-worthy at times. His cool facade can often slip. Because he wants people to accept him and respect him, he puts on a front. So, when he doesn’t know something he just goes ‘Not interested’. I have written him in a way that makes you think that ‘Not interested’ may not be a cool thing to say, but can sometimes be a bit lame. That’s something I really wanted to convey. That is a personal challenge I set myself. But at the same time, I am nervous about whether the fans will accept that or not.”

The other detail I found fascinating is what Co-Director (Scenario Design) Motomu Toriyama had to say about Aerith. It appears that the Remake will feature some new entries to her backstory that were previously left out, but they won’t be obvious.

“In Remake we actually reveal quite a major untold part of her past. You might not even catch it at all.”

It’s fascinating to think that what we played over 20 years ago merely scratches the surface compared to what we’ll experience on April 10. Just the fact that they acknowledge that Midgar was playable in about 7 to 8 hours in the original and this game will expand on it exponentially is exciting. It seems to me like they’re finally fulfilling the full vision they had when they were first developing Final Fantasy VII.