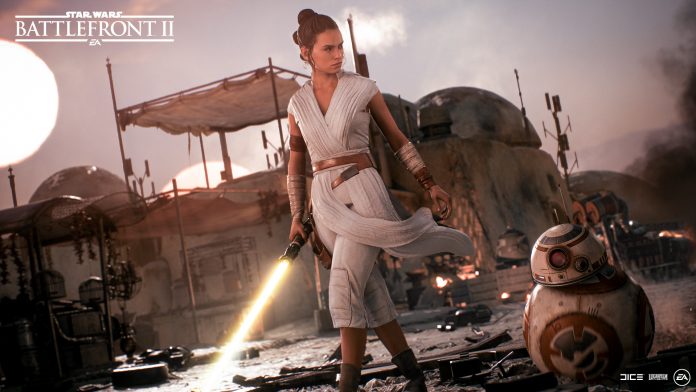 A brand new trailer has arrived to show off the new map, skins, and modes awaiting players in tomorrow’s final update for Star Wars Battlefront II.

Fans have been awaiting the Battle of Scarif update in Battlefront II for a little bit now, but due to unforeseen circumstances it ended up getting pushed back. That changes tomorrow when the free update goes live! While it will be the game’s final update, it sure looks like it’s going out with a bang:

The main feature, of course, is the new Scarif map, which you’ll be able to play in all modes, along with new Heroes vs. Villains mode on Crait, and the inclusion of the Shoretrooper and Pathfinder. Players will also get some fancy new skins to enjoy as well. We get the Rise of Skywalker skins for Palpatine, Kylo, and Rey Skywalker (yellow saber!). Even better, we get a new Darth Maul skin from his Star Wars Rebels appearance: Sure, it’s a bummer that we didn’t get anything Clone Wars related in the game’s final update (especially with the final season going on now), but hopefully we’ll get to see that in a future game. Will you be diving back into Star Wars Battlefront II tomorrow?