Ever since it was first announced, I’ve been eagerly awaiting the return of the Fire Emblem franchise to regular consoles. The 3DS games have been among my favorite strategy/RPG titles and Three Houses looks to bring the goods. Thanks to the Nintendo Direct we got a lengthier look at the game, via a story/gameplay trailer that explained what gamers will have to look forward to:

Even better, though, is we finally have a release date: July 26th. While it was originally slated for a Spring release, the delay of a couple months isn’t gonna break any hearts.

The Black Eagles. The Blue Lions. The Golden Deer. Three noble houses that are part of the Officer’s Academy, an elite facility that trains students in the ways of weapons, magic and special skills. As a professor, the player must choose one of these houses to lead its students in grid-based battles with life-or-death stakes. Each house is comprised of many different students to meet and train, each with her or his own personality and skills. These students can interact with each other at the academy, strengthening their bonds and supporting each other on the battlefield. The Fire Emblem: Three Houses standalone game and the Fire Emblem: Three Houses – Seasons of Warfare Edition both launch exclusively for Nintendo Switch on July 26. 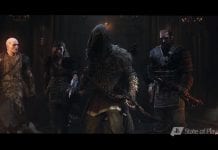 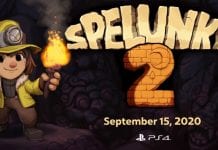 Spelunky 2 Gets a New Trailer and Release Date!

Spelunky 2 Gets a New Trailer and Release Date!