Eager RPG fans will soon get their first look at the long gestating Baldur’s Gate sequel at PAX East, as revealed in a recent behind the scenes video.

Next week is PAX East and gamers will have something special to look forward to from Larian Studios. It’s been 20 years since the release of Baldur’s Gate 2, and long-time RPG fans have been patiently waiting since last year’s E3 (when the third title was announced) to get a look at the title in action.

Thankfully, you won’t have to wait much longer:

Larian Studios is excited to announce that the eagerly anticipated gameplay reveal of Baldur’s Gate 3 is coming next week to PAX East! On February 27 at 3:30 p.m. ET/12:30 p.m. PT, Larian Creative Director Swen Vincke will be live on stage with a very special guest to reveal more about the game’s story and mechanics.

If you’re not able to be there in person, the panel will be streamed on YouTube as well.

Larian will also be bringing the excitement to fans at PAX East all weekend with an all-new booth (#14309) dedicated to Baldur’s Gate 3, where the team will be serving up live gameplay presentations starting after the big reveal.

Baldur’s Gate 3 was announced at E3 last year, and since then Larian has grown to nearly 350 people. The studio continues working on new technology to create a truly next-generation RPG, spanning over 100 hours of content with all the depth you’d expect, and many surprises along the way that even fans of the critically acclaimed Divinity Original Sin 2 won’t expect. 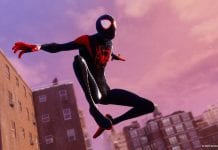