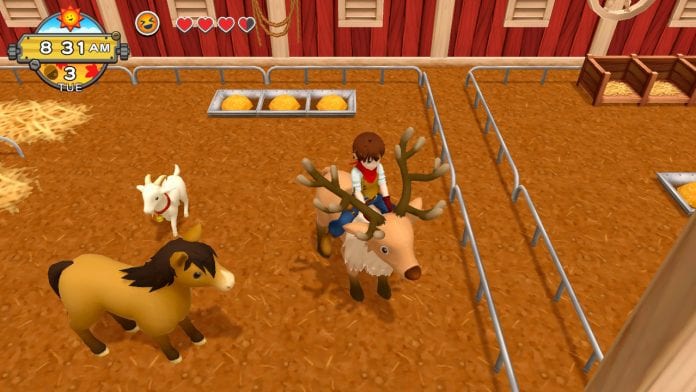 Today brings our first look at gameplay for Harvest Moon: One World, revealing all new animals, characters, and places to explore.

Kinda of crazy to think we’re only a few months away from a brand new Harvest Moon game, and we’re just now getting a trailer. Not sure if that’s a good thing or not, but it’s here:

There are a few things here I’m digging. I really like the idea of being able to pack up your farm and transport to new locations. This gives you some serious freedom to explore without having to restart from scratch everywhere. On top of that, some of the new animals look like fun (a freaking Reindeer?!).

While I’m a little concerned at how simplistic it all seems (this doesn’t exactly feel like a modern entry in the franchise), I’m still eager to see how it plays.

Natsume recently announced the Harvest Moon: One World Collector’s Edition. The Harvest Moon: One World Collector’s Edition includes a chicken plushie and a music diorama that features an original song, “Spring on the Beach” from the game. The diorama depicts a scene from the game with the male and female main characters and animals set to music. The characters are magnetized and interchangeable. The animals rotate while the music plays.

Harvest Moon: One World releases for PlayStation 4 and Nintendo Switch on March 2, 2021. Don’t forget the collector’s edition that has pre-orders launching next month.