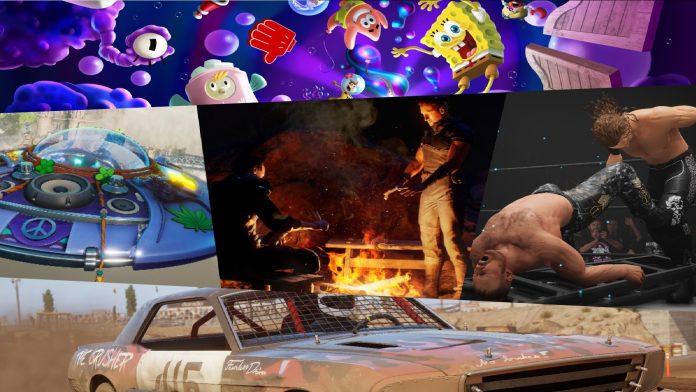 Today, THQ’s Digital Showcase blew the internet up with a ton of gaming content on the way. With all the games announced there were a few that stuck out to me that I hope to play soon! Let’s go down the list and see what I can’t wait for…

Though this seemed to be mainly a cinematic trailer, THQ Nordic blew fans’ minds with the reveal trailer of the Gothic 1 Remake. Gothic 1 was originally released in 2001 and was one of the largest non-Triple A titles of all time.

This open-world RPG had tons of stories with over 100 hours of gameplay, tons of enemies, and probably one of the harder RPGs I played back in the day. Like most games revealed today, there is no release date for this title as of yet.

Honestly, what can I say about Destroy All Human! 2 that I haven’t already said? The latest trailer of Destroy All Humans! 2 shows us Crypto taking on the horrifying Blisk, who are trying to take Earth from the hands of the human race and the Furon Empire.

Destroy All Humans! 2 August 30th for PC, Xbox, and PlayStation and I cant wait to probe my way back into this crazy and hilarious world!

Wreckreation takes players in a world of creation like never before. Think if Burnout and LittleBigPlanet had a kid, that’s what I think when I see this huge open-world racing title!

With over 200,000 miles of road to drive, play with your friends, create track, wreck it all, and share your creations with the world!

This is a brand new adventure that explores the lands of Prehistoric Kelp Forest, Wild West Jellyfish Fields and more! Though this game was announced last year and has no release date still, I can only hope it will get a release date during GamesCom 2022.

Lastly, I haven’t watch much of AEW (All Elite Wrestling), but one thing I loved during my childhood was a good wrestling title. AEW Fight Forever is looking to be one of the more fun and interesting wrestling game created!

With a expansive career mode, multiplayer, and crazy looking mini games AEW Fight Forever is looking to be a mega release for wrestling fans with it releases soon!

That’s it, THQ Nordic sure did make use excited for what is to come, I can only hope that we get some news of when these titles will be releasing during Gamescom 2022 at the end of this month! Check back here for more news on these titles in the coming weeks.