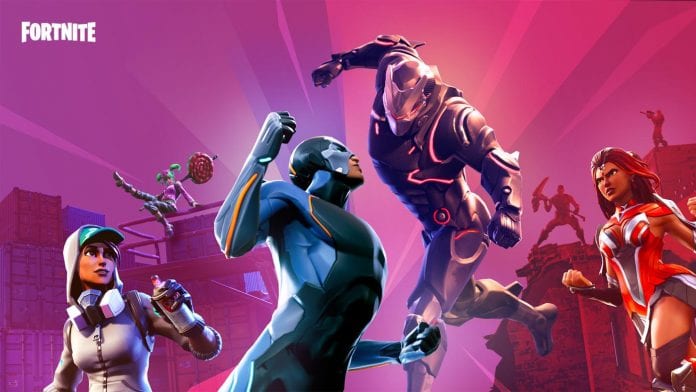 Both Apple and Google have removed Fortnite from their mobile marketplaces, today. The move comes after the developers of the highly popular battle royale, pushed out an update that gave players another way to make in-app purchases.

This other option is a direct protest of the 30% revenue cut both Apple and Google demand for mobile games. Consequently, it also violates their terms. Thus, the two tech giants removed the video game of the opposing tech giant.

Naturally, to combat their games removal, Epic Games filed legal papers against both Apple and Google. Their lawsuit seeks no monetary compensation. Rather, as their complaint reads, “Epic is seeking injunctive relief to allow fair competition in these two key markets that directly affect hundreds of millions of consumers and tens of thousands, if not more, of third-party app developers.”

Their lawsuit claims that both Apple and Google monopolize the marketplace on iOS and Android. All distribution of software to mobile phones goes through them and they control how and where you pay. To put it even plainer, everything goes through Apple and Google. So, when you make an in-app purchase, you’re paying Apple or Google. They take a 30% cut and then the rest gets distributed to Epic Games. Alternatively, Epic Games only seeks a 12% revenue cut to host games on their Epic Games Store.

It’s worth noting that this is the second time in a few weeks that Apple has been called out for their difficult terms and revenue cut. Microsoft recently pulled Xbox Game Pass from iOS and made a deal with Samsung instead. Samsung has been pushing their mobile marketplace hard in recent months in an effort to compete against Google Play.

What’s amazing is Epic‘s approach in this lawsuit. In every possible way they could, Epic has shamed both Apple and Google by using their words against them. For Google, they used their “Don’t Be Evil” motto against them. They claimed that, “Google has
relegated its motto to nearly an afterthought, and is using its size to do evil upon
competitors, innovators, customers, and users in a slew of markets it has grown to
monopolize.”

However, that message doesn’t compare to the video Epic made for Apple. In their own Fortnite way, they spoofed Apple’s iconic 1984 commercial about bringing down the establishment. They go so far as to say that they have become the thing they once fought against.

So, where does all this leave us at the moment? Currently, for players who already have Fortnite on their phones, the app still works. You can play and even make some in-app purchases that will go through Apple and Google. For how long, though, is uncertain. However, you cannot download it if it isn’t on your phone. That is, if you’re on an Apple device. If you’re on an Android device there are other, outside marketplaces to download Fortnite from.

Apple has said that they are willing to work with Epic Games, but will not concede a special arrangement with the company, saying:

“Today, Epic Games took the unfortunate step of violating the App Store guidelines that are applied equally to every developer and designed to keep the store safe for our users. As a result their Fortnite app has been removed from the store. Epic enabled a feature in its app which was not reviewed or approved by Apple, and they did so with the express intent of violating the App Store guidelines regarding in-app payments that apply to every developer who sells digital goods or services.

Epic has had apps on the App Store for a decade, and have benefited from the App Store ecosystem – including its tools, testing, and distribution that Apple provides to all developers. Epic agreed to the App Store terms and guidelines freely and we’re glad they’ve built such a successful business on the App Store. The fact that their business interests now lead them to push for a special arrangement does not change the fact that these guidelines create a level playing field for all developers and make the store safe for all users. We will make every effort to work with Epic to resolve these violations so they can return Fortnite to the App Store.”

Will Epic win their lawsuits? Perhaps. They are leaning heavily on the Sherman Antitrust Act of 1890 that was used to break up monopolies. Their lawsuit claims that there at least 6 counts of Sherman Antitrust Act violations. If it all plays out in their favor, perhaps we’ll see Fortnite return to mobile marketplaces with cheaper prices. We could maybe even see Xbox Game Pass on iOS. On the flip side, Apple and Google have a strong chance to win the lawsuit, as well.

However, I don’t believe it’s actually about winning or losing the lawsuit. Personally, I believe this is an attempt to shame and strong arm two tech giants to lower their cut and lessen restrictions. Regardless of result, the actions that took place today will have a significant ripple effect on the industry.

We’ll have all the news, updates, and the fallout from this monumental story as it comes.