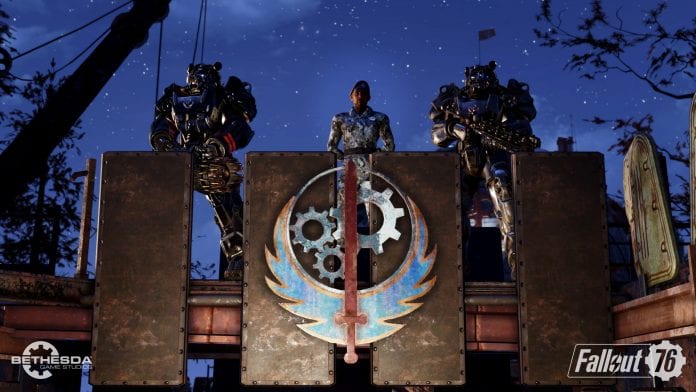 Bethesda released a new trailer this week showcasing the Brotherhood of Steel for the latest free update to Fallout 76.

The trailer titled Fractured Steel gives players a look at what to expect as the Brotherhood of Steel plants their flag in the Appalachia.

“Paladin Leila Rahmani and her troops have arrived from California to establish a new Appalachian chapter,” developers said. “Work with or against the other Factions to achieve success. Visit settlements populated with new NPCs and unlock powerful weapons and armor from the Brotherhood arsenal. Where will your loyalties lie as you aid the members of the Brotherhood and factions of Appalachia?”

The update was set to go live on Dec. 1, but developers dropped the update a weekly early on Nov. 24.

Today we're releasing our Steel Dawn update for #Fallout76 ahead of schedule! You will be able to experience the all-new Steel Dawn questline, your very own C.A.M.P. Shelter, and more!

Fallout 76 is available on PlayStation 4, Xbox One, PC as well as the Xbox Series X|S and the PlayStation 5 through backwards compatibility.