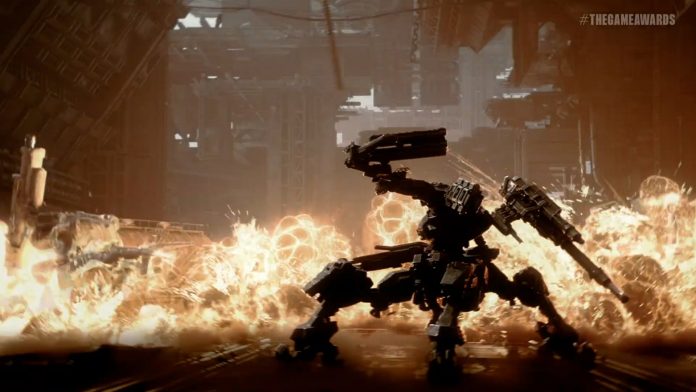 The new game was revealed with a trailer during The Game Awards 2022.

From Software, developers of Elden Ring , announced a new title in the Armored Core series which has been hinted for a while now.

Unlike the “soulsbourne” games that From Software has been known for, the Armored Core series is more action oriented and filled with mechs. That’s where this trailer takes us as a world is totally destroyed and big mechs are roaming around. The trailer is beautifully crafted and I highly suggest checking it out.

From the studio:
In ARMORED CORE VI FIRES OF RUBICON, players will be able to freely move through massive three-dimensional environments with rapid maneuverability while experiencing visceral vehicular combat. Signature to FromSoftware’s carefully crafted game design, the game will feature challenging and memorable battles along with a fulfilling progression system and deep gameplay, all of it now powered by assembling mechs and going into combat with massive bosses. Players will recognize the sense of satisfaction and achievement when they overcome a difficult situation and relish momentary victory, and perhaps a boost to their standing, before encountering the next challenge.