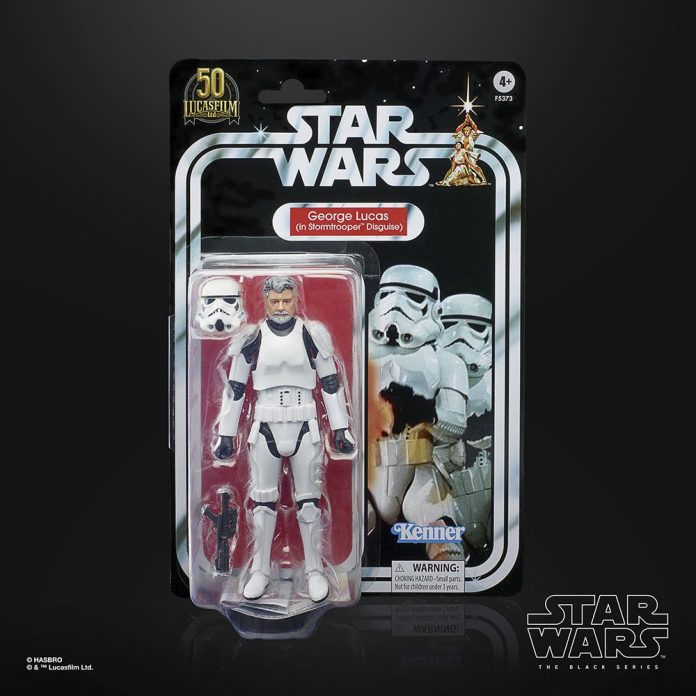 The Maker himself, George Lucas, is getting a new Black Series figure from Hasbro, along with a new addition to the Gaming Great line.

Over the past couple days, Hasbro has announced two new additions to their Star Wars The Black Series line of figures. The first is the addition of a fan favorite Republic Commando (Boss) to the Gaming Greats line, while the other gives George Lucas the plastic treatment.

Like all the Gaming Greats figures, Boss is a GameStop exclusive with pre-orders now live on their site.

As part of their LUcasfilm 50th Anniversary collection, George Lucas is getting a six-inch figure. This isn’t the first time he’s been an action figure (this release is actually a play on the Stormtrooper version of Lucas released back in 2006), but it does mark the first time he’s graced the six-inch line of toys. Seems like a fitting inclusion (end?) to the 50th Anniversary line.

This figure will be a Fan Channel exclusive (so only available at certain online retailers), with pre-orders going live tomorrow, September 29th at 1PM ET.