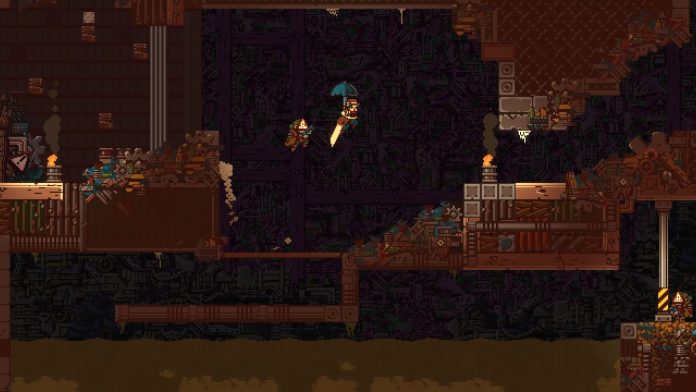 Everything about Gunbrella, from its art style, action, and ridiculous concept, just looks like a ridiculous amount of fun. Definitely on board this one:

Players take the role of a gruff woodsman on a quest for revenge, armed with the mysterious Gunbrella: a firearm that doubles as an umbrella. His investigation becomes entangled with the inner workings of ghouls and gangsters, cops and cultists and the fallout of corporate exploitation.

Engage in side-scrolling action combat while exploring a diverse assortment of locations and interrogating bizarre characters. Use the Gunbrella to glide, swing, dash, dive and gather scrap and spare parts to trade for different munitions and upgrades. Investigate cult kidnappings and trash gangs, and uncover the mysteries of the supernatural as wraiths and monstrosities materialize in places where blood has been shed…

Gunbrella is set to hit PCs and Nintendo Switch in 2023.