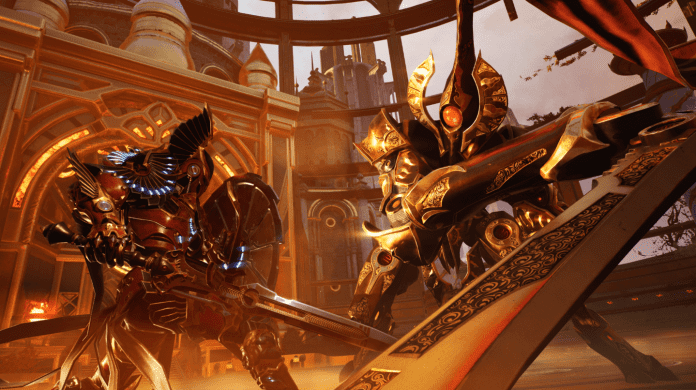 Gearbox Publishing‘s upcoming looter-slasher, Godfall, debuted at The Game Awards late last year as the first PlayStation 5 title. So, you had to guess that the new IP would be part of the PS5 Games Showcase. It was and it was chock-full of hard-hitting gameplay.

The Godfall Gameplay Trailer gives us a good look at the vibrant world of Aperion. It’s very mythological with its temples, columns, castles, and surreal color scheme. Even while cutting down hoards of enemies, it’s impressive to look at. Speaking of cutting down enemies, the gameplay trailer also showcases several weapon classes and armor (Valorplates) that gamers can expect to find in the looter-slasher.

Godfall will release Holiday 2020 for PlayStation 5 and PC.