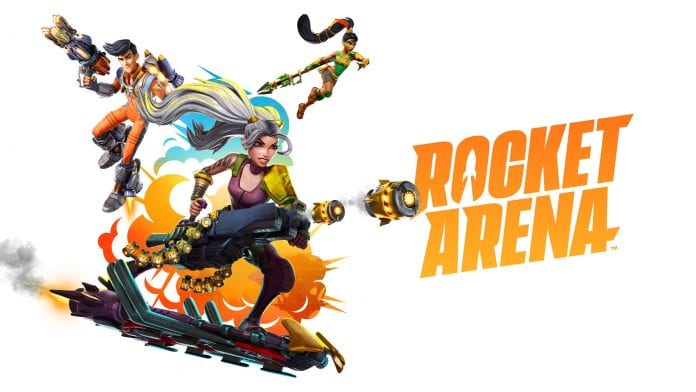 According to developers, the game is “a newly evolved cross-play hero arena shooter where players and teams master the art of the rocket through a roster of diverse heroes, customizable play styles and highly competitive action.”

“Set in the vibrant World of Crater, Rocket Arena introduces new blast and recovery mechanics, powerful rocket launchers that can be used in combat or to propel heroes around the map and signature character abilities to create a completely new shooter experience,” a press release said. “The game will also feature regular seasonal events packed with free content, including new heroes, maps and in-game events.”

The first season in Rocket Arena on kicks off July 28, two weeks after launch.

Players can pick up Rocket Arena on July 14 when the game launches with cross-play on PlayStation 4, Xbox One, and PC via Origin and Steam.

“Rocket Arena is a celebration of our team’s experience and love of working on multiplayer shooters. We’re excited to have our uncompromised vision for the game be realized with the support of EA Partners and for everyone to start playing it next month,” said Kevin Franklin, Co-Founder of Final Strike Games.