Square Enix and IO Interactive breathed new life into the fledgling Hitman series when they released the episodic version of the game, a few years ago.  Now, it’s looking like Warner Bros. Interactive Entertainment and, their new partner, IO Interactive are trying to capitalize and perfect on their previous achievements, as they’ve gone out of their way to add incredible features and locations for Hitman 2.  We already knew about Miami, as that was shown quite a bit during E3 2018.  Colombia was revealed later on, but it’s finally been confirmed today that Agent 47 will be headed to  Hawke’s Bay, Mumbai, Whittleton Creek and the mysterious Isle of Sgàil.

Check them out in their cinematic glory, in WBIE & IOI’s latest Hitman 2 Trailer – Untouchable.

Get a deeper look at the man known as Agent 47, as well as a first glimpse at the many new exotic locations beyond Miami and Colombia that players will be able to experience when the game launches on November 13: Hawke’s Bay, Mumbai, Vermont, and the mysterious Isle of Sgàil.

Hitman 2 releases next month and will include more than just these new locations, it’ll also include new game modes that will involve online players you work with or against to accomplish your goals.  One of those new modes is Sniper Assassin, a standalone game mode that teams you up with another online player to try and eliminate targets, together.  This game mode is currently available with a pre-order of Hitman 2.  What’s really cool, though, is that you can enter into the Hitman 2: Sniper Assassin Competition for a chance to test your marksmanship and have your name and likeness ported into Hitman 2.

Another mode, that’s fascinating on a competitive level is the Ghost Mode. Players will put their assassination skills to the ultimate test as they compete against each other online, both as Agent 47, to assassinate the most targets faster and cleaner than their opponent, while utilizing weapons, items, outfits and ghost crate supply drops to help accomplish the overall mission.  Racking up kills and being graded on our effectiveness just sounds fun.  It’ll be even better to stream.

You’ll find our streams and the game itself when Hitman 2 releases on November 13, 2018 on PC, Playstation 4 and Xbox One. 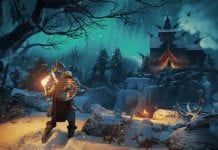 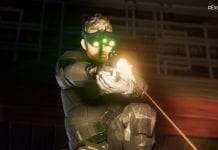