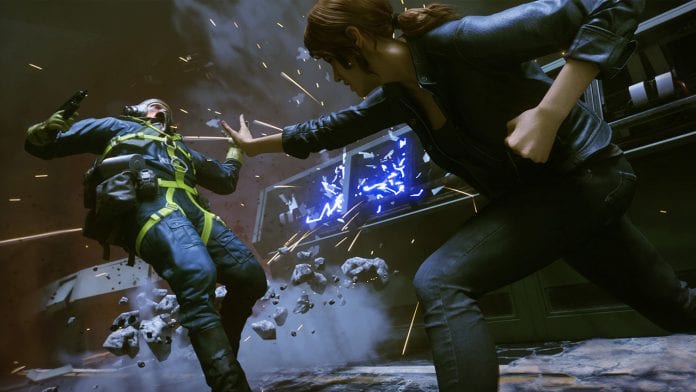 Today’s Nintendo Partner Direct revealed a handful of new games coming to the Nintendo Switch, along with a pair of surprising ports: Control and Hitman 3!

It’s always exciting to see more AAA games come to the Nintendo Switch, especially ones you really weren’t expecting. During this morning’s surprise Nintendo Direct Mini, gamers were treated to the announcement that they’ll be able to play Hitman 3 (initially announced for the next-gen consoles) and Remedy’s Control on their devices.

These aren’t just ports, however, but will be brought to the system as “Cloud Versions.” Nintendo has done this previously with Resident Evil 7, though it was only available in Japan. The implications of this technology jumping over here opens up a WEALTH of new gaming potential on the Switch.

Winner of more than 80 awards, Control is a visually stunning third-person action-adventure that will keep players on the edge of their seat. Blending open-ended environments with the signature world-building and storytelling of developer Remedy Entertainment, Control presents an expansive and intensely gratifying gameplay experience. Control Ultimate Edition – Cloud Version is available now on Nintendo Switch!

HITMAN 3 is the first time the HITMAN series has been on Nintendo Switch and represents the dramatic conclusion to the World of Assassination trilogy. Whether players are new to the franchise or familiar with the series, they’ll enjoy a globetrotting adventure to sprawling sandbox locations as Agent 47 returns for the most important contracts of his entire career.

Because the games are just streaming to the consoles, they don’t have to worry about not being able to handle the tech behind them within the system itself (so no big visual downgrades or compromises). Without that limitation, it means virtually any major game can release on the Switch without players feeling left out! While there are still concerns about Cloud gaming in general, it’s a neat idea that opens the door for so much more.

Control Ultimate Edition is available starting today, with Hitman 3 coming later. Will you be trying these out?

EA Play Live will be July 22, No Longer Part of E3