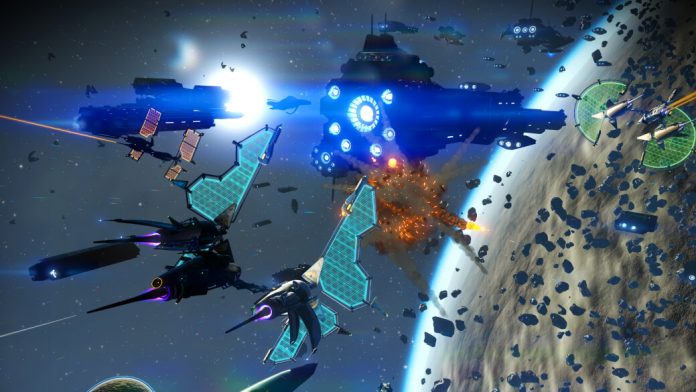 The next No Man’s Sky update, Outlaws, has been revealed; allowing players to live out their space pirate dreams, and much more!

It’s insane how No Man’s Sky continues to get better and better. Every new update brings something massive to the game and expands the ability for gamers to play/do whatever they want. It’s neat. Today, they’ve released Update 3.85, Outlaws:

As you can tell from the trailer, the biggest focus of the update is on space combat/adventures. There’s a new solar sail ship players can access, along with the ability to recruit roaming spaceships to your personal squadron (your fleet can now accommodate 9 instead of 6), atmospheric combat, and even planetary pirate raids.

That’s just the tip of things, however, with improved cloth physics, better explosions, and other graphical adjustments. Seriously, it’s a lot so be sure to check out the No Man’s Sky blog post for all the new hotness in Outlaws.