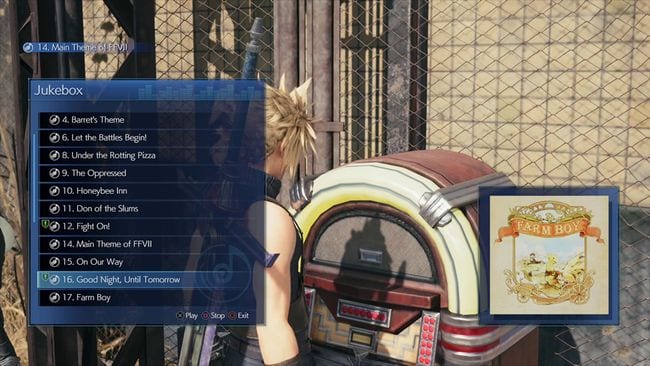 In two days, Final Fantasy VII Remake will be released worldwide. With it, fans will get to experience every single new musical arrangement the game has to offer. Of which, there are a lot. The latest “Inside Final Fantasy VII Remake” discusses how the composers crafted, composed, and arranged the soundtrack like a top class DJ.

Music has always been hugely important to the Final Fantasy series. In Final Fantasy VII Remake, it’s just as critical. The team put forth a massive emphasis on it by arranging the most tracks the team has ever developed for a game and seamlessly weaving them between battle and exploration. They put in so much work on the music that they even crafted a side mission for Remake using jukeboxes, called “The Power of Music”.

Composers Mitsuto Suzuki, Masashi Hamauzu, and Music Supervisor Keiji Kawamori confess in the behind-the-scenes video that they tried to be true to the original soundtrack to a certain extent. While the original soundtrack is a masterpiece, the team didn’t want to be held back by it in pursuit of finding a modern sound. The end result they hope fans, old and new, will takeaway is an appreciation for both, individually.

Later in the video, Sound Director Makoto Ise breaks down the original sound management system, MASTS, the team enhanced specifically for Remake. It’s an AI that’s core programming is to automatically all sounds for character movement. It’s absolutely fascinating to see. Adding to that, the team takes you even further behind the scenes by showing us how sound effects were created. It’s all just so cool.