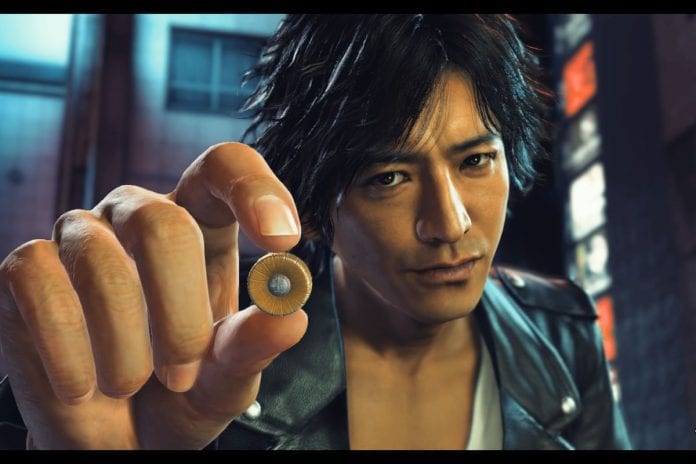 Two years ago, SEGA and Ryo Ga Gotoku released one of the greatest detective games ever made with Judgment. Judgment was a spin-off of the beloved Yakuza franchise and took players on a wild murder mystery within the famed Yakuza city, Kamurocho. Now, this incredible game is coming to next-gen consoles and Stadia on April 23, 2021.

Judgment is an action thriller that puts players in the shoes of Takayuki Yagami, disgraced attorney turned rugged private detective, as he uncovers the mystery behind a grisly series of murders. Joined by his partner, ex-yazuka Masaharu Kaito, Yagami must claw his way through Kamurocho’s criminal underground to unravel the truth – as painful as it may be.

This next-gen remastered Judgment takes full advantage of the next-gen hardware. The game sports 60fps, updated visuals, and improved load times. As an added bonus, in addition to the Judgment main storyline, all previously-released DLC will be included with the remaster.

When Judgment was released in 2019, it launched solely on the PlayStation 4. So, this will be the first time that Xbox and Stadia players will be able to experience this game. Xbox and SEGA have made it a point to grow their working relationship in recent years. With the inclusion of Judgment, the entire Yakuza “Dragon of Dojima” saga on Xbox Game Pass, and Yakuza: Like a Dragon being a timed next-gen exclusive, it appears that relationship is as healthy as ever.

If you never played Judgment, I urge you to play it. It really is one of the best detective games around. I had an absolute blast within this murder mystery and I highly encourage you to play it, even if you’re not a Yakuza fan. Granted, this is coming from a pretty big Yakuza fan.

Judgment Remastered will launch on April 23, 2021 for Xbox Series X, PlayStation 5, and Stadia.