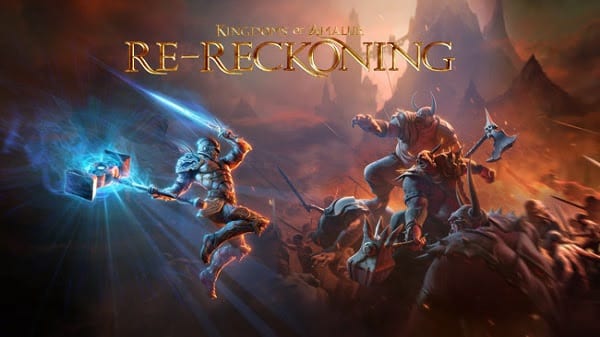 After leaking out earlier this Summer, today brings the full announcement for Kingdoms of Amalur: Re-Reckoning, including a trailer and release date!

Eager fans got a surprise treat with the reveal of a remaster for Kingdoms of Amalur, even if it was premature, but today brings all the goods. THQ Nordic have fully revealed the upcoming Re-Reckoning with a swanky trailer and confirmation that we’ll be able to play it on September 8, 2020!

If all this isn’t enough for you, then you’ll be real happy to hear that on top of this great game getting a full makeover, fans will also be getting ALL NEW CONTENT to play. You’ll be able to dive into all new aspects of Amalur in 2021 with the Fatesworn Expansion.

Kingdoms of Amalur was created by bestselling author R.A. Salvatore, Spawn creator Todd McFarlane, and Elder Scrolls IV: Oblivion creator Ken Rolston. The game is best known for an unmatched level of player choice, including countless character customization combinations, as well as a rich story filled with a myriad of side quests that layer romance, magic, whimsy and political intrigue into the player’s primary mission. Ultimately delivering hundreds of hours of gameplay, Kingdoms of Amalur: Re-Reckoning will take players from the vibrant city of Rathir through the vast region of Dalentarth to the grim dungeons of the Brigand Hall Caverns as they uncover the secrets of Amalur!

The Fate Edition contains the full game Kingdoms of Amalur: Re-Reckoning as well as the upcoming expansion Fatesworn, releasing in 2021.

The Kingdoms of Amalur: Re-Reckoning Collector’s Edition for a SRP of $109.99/€109.99/£99.99 on PlayStation 4 and Xbox One and PC includes the full game which boasts more than 50 hours of gameplay plus the content listed below. We also have a fine trailer, showing of the Collector’s Edition in all it’s beauty:

Content of the Kingdoms of Amalur: Re-Reckoning Collector’s Edition detailed:

Will you be picking up Kingdoms of Amalur: Re-Reckoning this September?