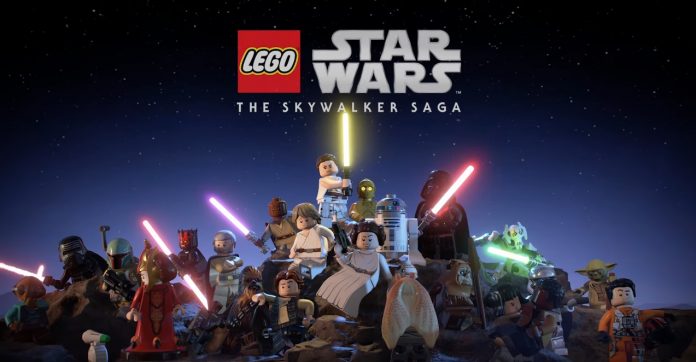 After a host of delays, LEGO Star Wars: The Skywalker Saga has a new release date, tons of gameplay footage, and details for fans to enjoy.

If you’ve been eagerly awaiting any news regarding the new LEGO Star Wars game, this morning brings you tons. Most importantly, however, we have a new release date: April 5, 2022. That’s not too far away, and thankfully there’s a new trailer with over 6 minutes of footage to explain the new gameplay aspects.

As you can see, players will be able to enjoy the new game in a classic way thanks to the “Mumble Mode!” Playing this way takes away the voice acting, so you can experience the story like the original LEGO Star Wars games did. Personally speaking, I don’t mind the voiceovers (though it was fun seeing how certain parts of the story were handled without it), but I know this is something many fans have been wanting to see return to these games.

LEGO Star Wars: The Skywalker Saga lets players experience battles like never before in a LEGO game as players can string different attacks together to form combo chains and fend off oncoming attacks. New blaster controls and mechanics allow players to aim with precision and take cover to plot their next move or utilize the skills of a Jedi by wielding a lightsaber and using the power of The Force.

Players can traverse space using the galaxy map on their holoprojector to chart their course through the saga, progressively unlocking planets to explore along the way. During space travel, players may engage in heroic dog fights against enemy ships, piloting legendary vehicles like the Millennium Falcon™, Imperial TIE fighters™, Rebel X-wings™, and many more. Once reaching their destination, players can choose to either continue onwards through the main story or explore and discover exciting quests and puzzles within the galaxy.

Exploration rewards players as they uncover Kyber Bricks which unlock new features and upgraded abilities across a range of character classes, including Jedi, Hero, Dark Side, Villain, Scavenger, Scoundrel, Bounty Hunter, Astromech Droid, and Protocol Droid. Play as iconic characters like Leia™, Yoda™, Boba Fett™, Darth Maul™, Poe™ and over three hundred more unlockable characters from across all nine films in free play mode to create fun, new adventures. From the idyllic grassy hills of Naboo to the desert dunes of Jakku, the LEGO Star Wars galaxy is available to discover and play in.

LEGO Star Wars: The Skywalker Saga launches on PlayStation 4|5, Xbox Consoles, Nintendo Switch, and PCs on April 5th. Which version will you be picking up?