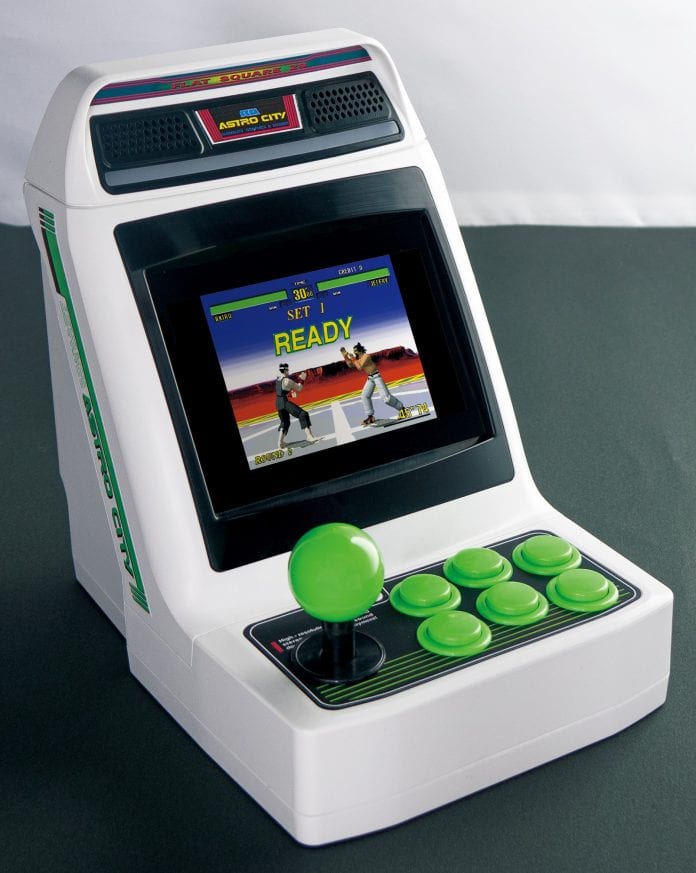 Retro gamers will have will soon have the chance to snag a Mini-Arcade that brings SEGA’s iconic Astro City Cabinet to North America for the first time!

Originally launched back in the early 90s, SEGA’s Astro City Arcade Cabinet was sit-down experience that allowed players to choose from a multitude of great Arcade titles and has long been a favorite of collectors. Now, it’s coming to North America in mini form thanks to Limited Run Games. Big things really do come in small packages: the Astro City Mini is a functional miniature version of the full-sized arcade cabinet that goes by the same name, and it includes 36 playable games. The Mini features a built-in LCD screen, but if you’re interested in the bigger picture, it also includes an HDMI-out port, a headphone jack, and two USB-A ports.

For fans who want to bring a friend to play along, we will have Astro City Mini gamepads (compatible with the Mini’s USB-A ports) available to pre-order starting March 26 for $27.99 each. If you want to add to the classic arcade flair, pick up the Style Kit which includes a mini arcade base, chair, and top board for $39.99.

Starting this Friday, March 26th players will be able to pre-order the Astro City Mini-Arcade for $120. It comes included with 36 playable games and even an HDMI attachment so you can enjoy all the games on your big screen as well!

Will you be trying to get this on Friday?