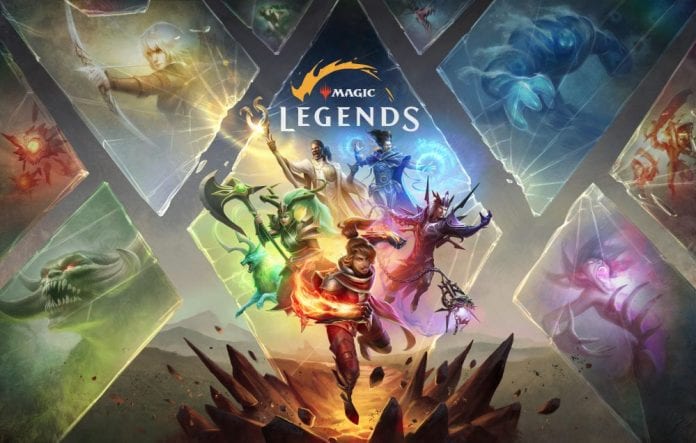 The open beta for Magic: Legends, the free-to-play action RPG game set in the Magic: The Gathering multiverse, is available to play on PC today through Arc Games and the Epic Game Store.

The game will launch on PC, Xbox One and PlayStation 4 later this year.

“For the first time ever, millions of players from around the world will be able to experience the free-to-play, persistent-world, action RPG set in the iconic Multiverse of Magic: The Gathering,” developers said. “Those who join the game’s Open Beta will assume the role of a powerful, spell-wielding Planeswalker and travel across five diverse regions while collecting more than 175 powerful mana-based spells and 170 pieces of Equipment inspired by the original strategy game.”

Players can tackle Magic: Legends alone or with two other Planeswalkers by preparing unique class loadouts to synergize with teammates. Players will also be able to face off in 1v1 PVP duels.

The five classes that will be available to are the Geomancer, the Mind Mage, the Beastcaller, the Sanctifier, and the Necromancer. Players will also be able to change combat classes at any time and there will be more classes added to the game through content updates at a later date.

“Players will make fast, tactical decisions on the battlefield in real-time, while strategically building a deck of spells from the spell library, which will be drawn at random during combat. Whether they wield the power of White, Blue, Black, Red, or Green mana -their choices determine how they navigate the battlefield,” developers said. “Magic: Legends offers a myriad of spells and spell pages that can be collected to make each spell more powerful. Players will acquire and utilize Equipment and Artifacts to synergize with their decks in order to craft their desired playstyles.

The game will include the geographic areas of Shiv, Benalia, Tazeem, Tolaria, and Gavony.

“Players will also harness the power of their Spark to build on and progress their own personal fragment of the Meditation Realm – an ever-changing plane of mysterious origin and countless secrets that serves an unknown master,” developers said.

Players who download the game through Arc Games will get a free Gavony Vigilante Costume for their character, the ‘Bruiser’ skin for the Ogre Mortar creature summon, two drop boosts and two mission boosts. Those who download the game via the Epic Game Store have until April 6 at 11 a.m. CST to claim a free Moorland Ranger Costume, Moorland Ranger Werewolf Summon Skin and two drop boosts.