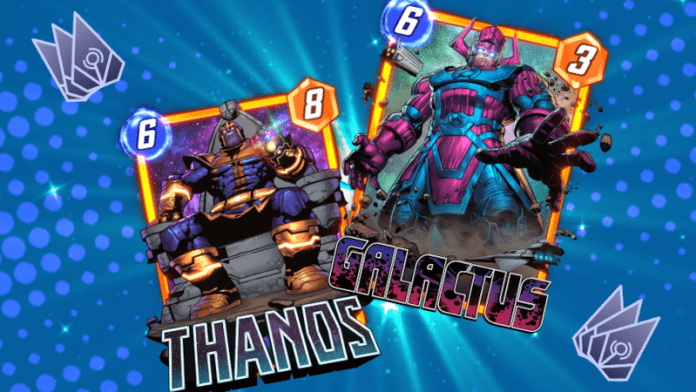 MARVEL SNAP has received a major update ahead of its third season, adding new cards, a new currency, and more ways to obtain cards.

Despite only releasing publicly last month, Marvel Snap has been a hit with fans and has been nominated for Best Mobile Game at The Game Awards. The virtual card game lets players create unique card decks before battling against other players in 6 round games. Cards have unique abilities and can be upgraded to add more interesting visuals.

Ahead of its third season, The Power Cosmic, Marvel Snap has undergone some major changes to help improve gameplay. With new cards and new ways to obtain them, here’s what’s new to MARVEL SNAP:

This update has introduced two new series of cards, series 4 and 5, with new levels of rarity. The new cards include:

Series 4 cards are 10 times rarer than series 3, and cannot be found in Collector’s Reserve boxes. Series 5 is even rarer still, being 10 times rarer than season 4. Series 5 will also be the series cards from previous seasons will be temporarily moved to, so players will be able to obtain season cards even if they missed the season they debuted in.

The new Token Shop gives players the chance to target the cards they really want. With the new currency Tokens, players can periodically check the Token Shop for new cards and card variants and purchase them with their Tokens. If players don’t have enough Tokens for a card they want, they can pin the card to the Token Shop so new cards won’t take their place.

To make way for Tokens, Marvel Snap will no longer give players Boosters from Collecter’s Caches or Reserves. Players have a 25% chance of receiving 100 Tokens from Caches and Reserves, but players who own all Series 3 cards will have an additional chance to get 400 Tokens.

Following the update, players will notice new visuals to make the game all the more exciting to see! New visual enhancements include:

As well as visual enhancements, multiple cards have undergone some changes to help balance the game. These include:

Alongside all of these exciting changes, Marvel Snap has also implemented bug fixes and listed known issues, amongst other things, which you can read about here.