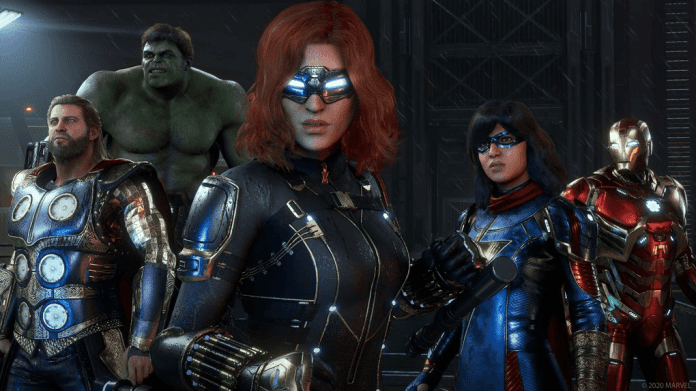 This trailer highlighted the central villain of Marvel’s Avengers, George Tartleton a.k.a. M.O.D.O.K. (Mental Organism Designed Only for Killing). In the comics, M.O.D.O.K. was a notorious villain that brought the Avengers to their knees on quite a few occasions. However, outside of the comics M.O.D.O.K. has never been quite as formidable. It appears Crystal Dynamics is set to finally give the overlord of AIM (Advanced Idea Mechanics) his due.

The Thor Story Mission “Once an Avenger” gameplay trailer was designed to let players see gameplay outside of A-Day. It lived up to that promise, but also disappointed to a certain degree. Yes, it was awesome to see Thor, Hulk, and the rest of the Avengers in action, but it just felt like Thor’s strikes were incredibly weak. Maybe that’s a testament to the strength of the enemies or a lack of a heavy-hitting sound effects, but I expected more out of the God of Thunder. Interestingly enough, better sound effects were incorporated in a latter part of the broadcast, highlighting the mission.

War Zones is a game mode that lets players play missions tied to the overall story of Marvel’s Avengers. They can either play these missions in 4-player co-op or solo with a team of AIs comprised of your highest level heroes. This trailer provided more gameplay and even showcased some double-team maneuvers and special abilities.

Furthermore, the Marvel’s Avengers War Table event showed players everything they’ll be working towards, when they play the game in September. The game features tons of customization with a bevy of upgrades, tech and weaponry that will make your superhero unique to you. Plus, there are iconic costumes unlocked through gameplay and the in-game store. Outfits like 2014’s Original Sin Iron Man, Thor’s Donald Blake identity (seen in the Mission trailer), Planet Hulk, and many, many more. All have unique stats and abilities.

Square Enix revealed that even more content drops are scheduled leading up to Marvel’s Avengers‘ release on September 4, 2020. Expect to learn about more characters coming to the game and even a Beta soon. The game will release on PlayStation 4, Xbox One, Stadia, and PC. Marvel’s Avengers will also be free-to-upgrade for PlayStation 5 and Xbox Series X.