The classic 16-bit game is finally making a return!  One of my favorite sports titles (pretty impressive considering how much I really don’t care for sports games) has always been Mutant League Football, and when the original developer of the game, Michale Mendheim, revealed a reboot of sorts, for the title on Kickstarter, I couldn’t back it fast enough.  Sadly, the funding never reached it’s goal, but gamers shouldn’t be disheartened.  When we chatted with Michael on the Fathergamer Podcast he assured fans that the game would somehow still happen…now it is.

The developers recently announced that they’re bringing Mutant Football League to Game Connection America next week (where it’s already been nomiated in the Most Promising IP category for the Development Awards) to show off an early build of the game that will be coming to the PlayStation 4 and Xbox One consoles, as well as PCs and mobile devices.  Michael himself will be at the event, but I got the chance to talk with him beforehand to get all new details on the game that fans have to look forward to (my questions are in BOLD):

For those who never played the original game, (or somehow forgot about it), what is Mutant Football League?

The game is based on the original Mutant League Football game which was released in 1993 and is one of the video game industries most beloved and brutal sports- hybrid genres. Wisecracking Mutants and Monsters take to the field to battle it out in the most violent game ever played.  I was the creator and lead designer of the original game and am in the same role in this new game.

The game is essentially an action football game with strategy, bone-crunching hits and cool gore effects. We also interject humor and sarcasm throughout the game. Yes, you can win the game by scoring more points than your opposition, but you can also win by decimating the other team’s players so they can no longer field a team (because all their players are dead). The game is planned to be available for PC, Xbox One, PS4 and mobile systems (iOS and Android).

It’s such a different idea than other sports games back thne, how did the idea for the original [on the Genesis] come about?

When I was a little kid, I used to carry around little plastic monster figurines in my pockets. I would pretend they were alive and take them everywhere. When it was time to play, I’d take them out, spread them across the table or ground and have them fight it out in epic battles. As I grew older, I fell in love with the game of football. At some point these 2 ideas merged into Mutant Football League.  The idea for the videogame was originally bounced off my friend, Richard Robbins back in 1991. Richard was a Producer at Electronic Arts (he did the Desert Strike series, Crue Ball) and asked me to pitch the concept to Trip Hawkins who was running EA back then, which I did. Trip gave it the green light. Without Richard and Trip there is no Mutant league.

For many developers, once a Kickstarter fails, that’s typically the END of the game.  But you haven’t stopped working on MFL…why is that?

Generally in life, you learn more from failing than succeeding and this was true in our case. However some good came out of the failed campaign. We hadn’t started development on the game yet so our Kickstarter campaign didn’t have a game demo, which is the norm on Kickstarter (we just showed concept art of what we were planning on making). Our focus was on mobile and not console. A lot of MFL fans had serious concerns about the art style and platforms we were contemplating building on. They didn’t like the 2D ‘retro” look of our concept art, they didn’t like the side scrolling view we were planning and a host of other things.

Once the campaign ended we took some time to lick our wounds and think about everything. While our Kickstarter did fail, we still had raised well over 100k in pledges (without a game demo) so obviously people liked the concept. My initial thinking was way too small. It was a meek plan. Why focus only on mobile? Was that the game I truly wanted to make?  Is that what the fans wanted? The answer was “Hell no!” to all of the above. We all wanted a next gen version of the game, in full 3D, with spectacular gore effects and kick-ass characters. So that’s what we’re making.

How did you get funding? Do you have a publisher?

Nope. We’re funding the game ourselves. Counting pennies every step of the way. We have a very small team of 6 very talented and dedicated guys working on the project full time. We also work with some external contractors as we need them. We’ve developed the game to the point we’re we can show our vision. Now we’re actively looking for a publishing partner or investors to help us get over the hill. Hopefully we will find a partner soon.

How will this game be different from the original?

Everything is going to be different. The original was a 16 bit game, using 2D sprites for characters, we’re building this game in full 3D with dynamic lighting, ragdoll physics, particle effects and Dolby sound. The entire visual presentation from the original game will be unique. We’re going to put a lot of love, passion and money into the visual effects. That’s really where we want this game to stand out, it’s what makes us unique from every other sports game. We’re also taking some of the better concepts of the original game that fans loved and blowing them out, so the crazy plays, like “Kill the Ref” and “Bomb” will still be there only bigger and badder in every way. We’re also going to deliver full Season Mode, which is the most requested fan feature. Just talking about this is getting me pumped up to get back to working on the game.

Any plans to do a version of “Mutant League Hockey” if you’re successful with this project?

Everyone asks me that and I always answer the same way. We need to completely focus our energy, passion and dedication on only one thing – making the football game great. If we can do that than the rest of the pieces will fall into place.

It’s obvious that the game has changed even from it’s plans during the Kickstarter (no longer retaining the retro look to it, and thankfully coming to consoles), and based on these new screenshots I’ve sprinkled throughout, the game is looking mighty fine indeed.  What’s that?  You still need more?  Obviously, checking out their website and Facebook are great places to keep up with all the latest on the game, but here are some of the game basics:

Mutants vs. Monsters -The stars of the league are wisecracking, Monsters and Mutants with special skills, abilities and weapons. The game will feature Battle Robots, Undead Skeletons, Demons, Orcs, Mutant Super-Humans and Aliens.

Full Season Mode – Choose from over 30 teams and play a grueling 13 game season where deaths can carry over from game to game and be one of the few teams that survives to compete in the Playoffs for a chance to reach the ultimate glory of the Mayhem Bowl.

Gridiron Carnage – The wildest, goriest, most outrageous football game ever! Players are allowed to bring weapons on the gridiron like: clubs, chain saws, shotguns, battle axes and hand grenades to inflict maximum carnage to the opposition. Over the top visual and gore effects including blood splatters, deaths, fire effects, exploding body parts and dismemberment.

Killer Stadiums – Stadiums are packed with crazed fans cheering their teams on as they go into battle. This isn’t a field of dreams – it’s more like a field of screams, because fields are filled with diabolical traps, hazards and obstacles, including mines, toxic moats and lava flows. If the hazards don’t kill you the weather probably will, so watch out for acid rain, blizzards and the occasional meteor shower.

Dirty Trick Plays – These are mean, nasty, unfair and lowdown plays intended to hose the opposition and if that doesn’t work, kill them. Each team has its own set of Dirty Tricks including: “Bribe the Ref” – you can give the ref some money to look the other way. “Beat It” – your Running Back pulls out a giant club and pounds the defense into submission and “Ginormous: – where your Blitzer grows 5X his normal size. Have fun blocking that!

Tongue-Through-Cheek  Humor – A fun, entertaining and off-the-wall parody of the NFL…with all the excitement, hard-hitting action, lunacy, unspeakable greed, corporate ruthlessness, hypocrisy and over-the-top egos the NFL has to offer.

If you’re in the area and dying to get your hands on the game, and early build of Mutant Football League is showing at Game Connection/Game Developers Conference Digital Dreams Interactive table – Table #541 – Sony Metreon – 4th Floor – Monday, March 2nd through Thursday, March 5th.

Personally, I’m pretty damn excited about the new direction this game is going in.  It looks like it’s retaining all the unique aspects that made the original so great, while making it accessible for modern gamers to enjoy.  I can’t wait to play, but what do you guys think?  Are you excited to see that Mutant Football League is still happening?  Sound off with your thoughts in the comments below! 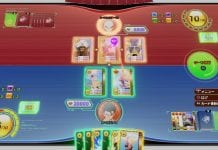 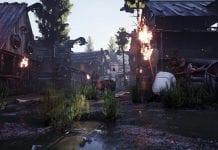 New Dragon Ball Z: Kakarot Update Deserves to be Its Own...