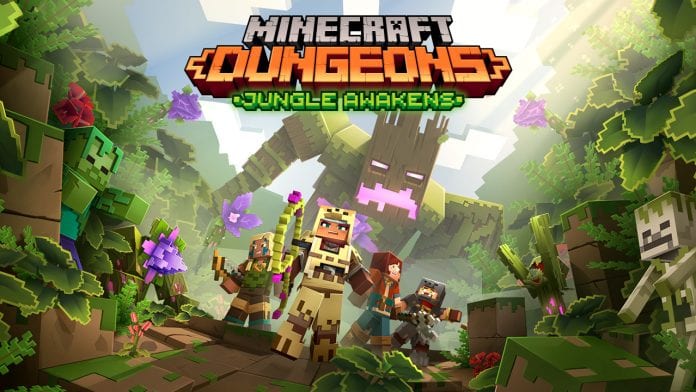 Minecraft Dungeons is a fun and different type of dungeon crawler. If you’re wanting to just have fun and relax with a beautiful RPG, this is the game for you. This is the exact thing a said when I reviewed the game…so check it out for my full thoughts, but first, the new DLC is available and man does it look wild!

This DLC takes players on the search for a new item of power that has in the jungle. This new power has stretched its way through the jungle making news creating new enemies for you to face like the Leapleaf and Whisperer. Also in this new DLC, you can find new weapons, armor, artifacts, and secrets. So, if you bought the HERO Edition or the HERO Pass you can play it now, if not just purchase it for only $9.99 and have a ton of fun in the beautiful world that is Minecraft Dungeons now! Check out the launch trailer below.