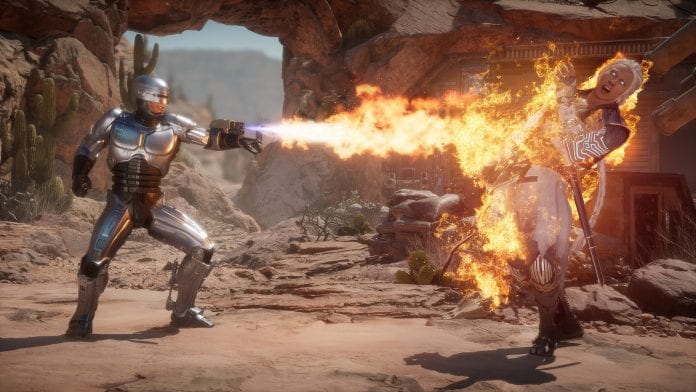 Today, WB and NetherRealm have released a new gameplay video showcasing all three new characters coming to MK11 Aftermath! Aftermath is the latest DLC for Mortal Kombat 11 that not only adds the first-ever story expansion for Mortal Kombat but also, three new playable characters, skin packs, new (and old) stages, and new Fatalities!

If you haven’t had the pleasure of playing the game yet, you can purchase the full bundle for only $59.99! That is correct, one flat cost for a huge story mode, 9 DLC characters, 25 Skins, and more! This DLC is will become available May 26th for all major platforms and is looking to be on hell of an update for the game.

In the video below, we get to see Fujin, Robocop, and Sheeva take on many foes the only way we know… beautiful gory fashion. Also below, you can find out what my thoughts about Mortal Kombat 11 in my original review and more information on the upcoming DLC characters!