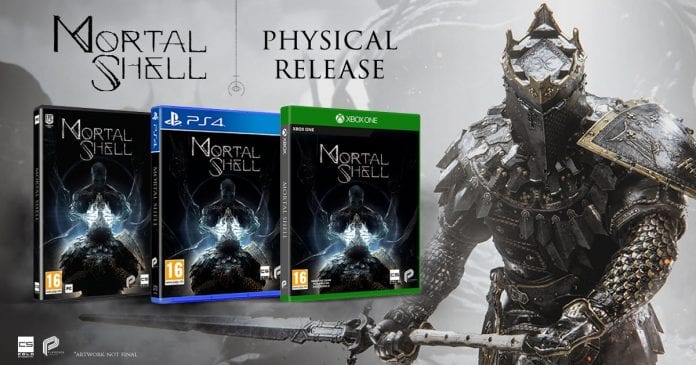 Developer Cold Symmetry and publisher Playstack announced this morning that soulslike action-RPG Mortal Shell is getting a physical collector’s edition due to popular demand.

“It’s the news that thousands of Mortal Shell fans have been anxiously awaiting: An eleventh-hour agreement has been struck to produce and distribute a physical edition of the dark action-RPG, set to release two months after the digital version,” a press release said.

Mortal Shell launches on PlayStation 4, Xbox One, and PC via the Epic Games store on August 18. The physical release of the CE will be available for purchase on October 2 in North America and Europe for $29.99.

The Collector’s Edition will include an exclusive fold-out poster and softback artbook featuring concept and character art. The box will not include a game-disc, but a digital download code.

“The response to Mortal Shell has been energizing and unrelenting,” said Harvey Elliott, CEO of the game’s publisher, Playstack. “Ever since we revealed the project, fans have been continually telling us across Discord, email and social media that they desperately want a physical edition. We are delighted to be answering the community’s call, and we are working on some exclusive extras that will make the boxed version even more special.