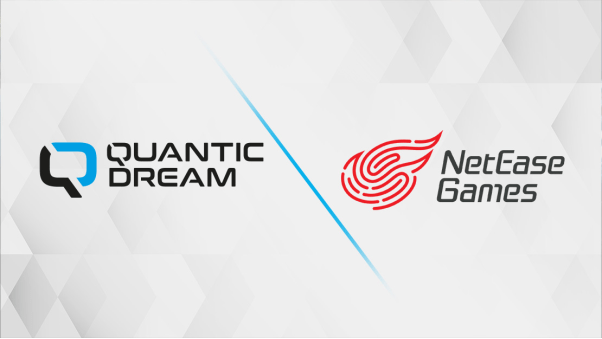 After lots of speculation and early reports, this morning NetEase officially announced it has purchased Quantic Dream.

NetEase continues to expand its influence, and this morning has announced their official acquisition of Quantic Dream, the developers behind Heavy Rain, Beyond: Two Souls, and Detroit: Become Human. Word of this buy came a little while back, but for months NetEase remained silent (we reached out several times to confirm, without response), but that changes this morning.

NetEase, Inc. (NASDAQ: NTES, HKEX: 9999), one of China’s leading internet and online game services providers, today announced that its games division, NetEase Games, has acquired Quantic Dream S.A., one of the premier independent video game developers in the world. Quantic Dream, led by David Cage and Guillaume de Fondaumière, will become NetEase Games’ first studio in Europe, representing an important step in fulfilling NetEase’s vision to support innovation and game development around the globe. Quantic Dream will continue to operate independently, focusing on creating and publishing its video games on all platforms, as well as supporting and publishing third-party developed titles, while at the same time leveraging NetEase’s significant game development capabilities.

Quantic Dream is a multi-award-winning studio that was established 25 years ago in Paris, France. It is the creator of iconic games such as Heavy Rain, Beyond: Two Souls and Detroit: Become Human. The studio announced at The Game Awards 2021 that it is working in collaboration with Lucasfilm Games on the new action-adventure game, Star Wars Eclipse.

“We are thrilled to embark on an exciting new stage of growth with Quantic Dream, bound by our shared vision, mutual trust and respect,” said William Ding, CEO and Director of NetEase, Inc. “NetEase will continue to fulfill our promise to support Quantic Dream to realise its full potential. By combining the wild creativity and exceptional narrative focus of Quantic Dream with NetEase’s powerful facilities, resources and execution capabilities, we believe there are infinite possibilities that could re-define the interactive entertainment experience we provide for players worldwide.”

In their announcement, they make it clear Quantic Dream will remain independent for the most part…which is both good and bad. Good in that it’s always nice when developers have freedom to do what they do best. Bad in that David Cage is still very much around and remains as awful as ever.

Cage has a history of hostile work environment allegations over the years, which include sexist comments, racist remarks, and so many other things. From comments like, ” in my games, all women are whores” and “At Quantic Dream, we do not make games for f*gs” to even including a nude model of Elliot Page without their permission in Beyond: Two Souls…It’s not great.

Star Wars fans in particular have been hopeful since word of the potential buy came out months ago. When Star Wars Eclipse was revealed at The Game Awards last year, it prompted a movement online, #BlackoutStarWarsEclipse, to protest the studio making the game. Between David Cage’s statements on the acquisition [below], and the fact NetEase has been investing in Quantic Dream for years already…I wouldn’t expect any major shakeups to happen.

“Today marks an important milestone for our studio after a quarter century of complete independence,” said Quantic Dream’s founder, CEO and writer-director David Cage. “NetEase Games values our creative freedom and the drive and passion of our uniquely diverse team. We will now be able to accelerate the vision we share as a group, of creating landmark titles that touch people on an emotional level. We have highly differentiated games in the making and I truly believe that the best is yet to come from Quantic Dream. I am particularly proud that our employees, who were offered a significant share of our capital over the past years, will fully benefit from this acquisition. It is a testimony to our continued commitment to reward all those who have made Quantic Dream the successful studio it is today.”

“NetEase Games first invested in Quantic Dream three years ago,” said Guillaume de Fondaumière, Co-CEO and Head of Publishing for Quantic Dream. “Over this period, we had the opportunity to work closely together and saw first-hand how like-minded and complementary we are. NetEase Games’ acquisition comes as a natural evolution in this process and creates a unique opportunity to boost Quantic Dream’s growth by giving our production and publishing teams all the necessary means to excel.”