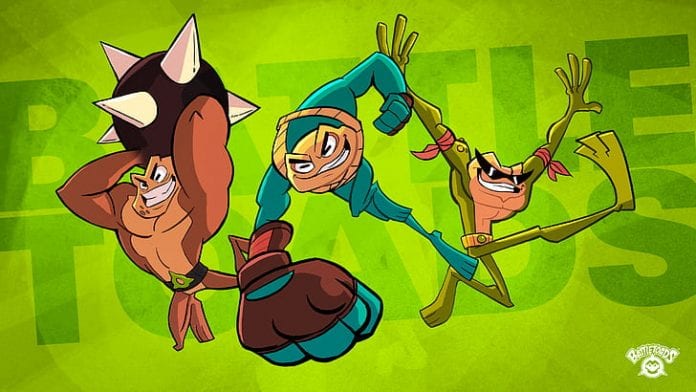 Microsoft and Rare released another trailer for the new Battletoads game, offering up plenty of gameplay footage and a release date!

It’s been a little while since we’ve heard anything about the new Battletoads game from Rare, but this morning makes up for it! On top of a gameplay filled trailer (with plenty of story humor), we also have a release date to look forward to:

Battletoads sees up to three players take control of Zitz, Rash and Pimple for a fast-paced action brawler where the toads can morph parts of their bodies for extra destruction. The game also has an irreverent sence of humor inspired by the stylish, self-aware cartoons of the late 90s – complete with a hand-drawn art style and a wild story featuring fully animated cutscenes and professional voice talent.

We only have a few weeks to wait for this one, and I’m eager to get my hands on it when it drops. I’m a big fan of the original games and this looks like a fun blend of the old-school gameplay with some new twists.

Will you be picking up Battletoads when it drops on Xbox One and PCs on August 20th?