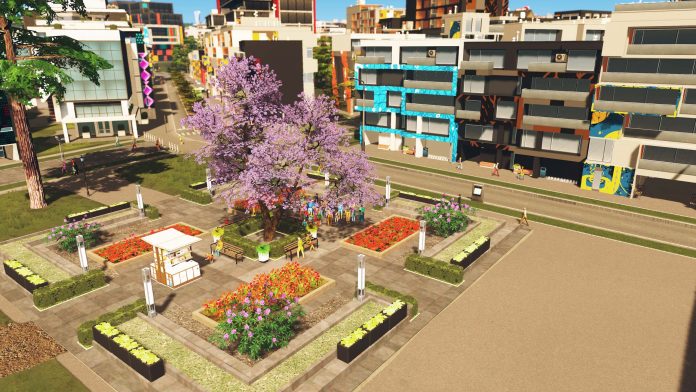 Players will be able to take their city management skills to another level soon, with the arrival of Cities: Skylines – Plazas and Promenades expansion!

The next expansion to Cities: Skylines has been revealed, and puts the focus on pedestrian interactions. With the inclusions of new pedestrian only streets, modern plazas, and car free areas, you can build the “green” city of your dreams.

Pedestrian Streets: let your citizens walk freely on pedestrian-only streets! Place them in your city like any other road and create new green city centers free of most vehicles and pollution.

City Service Buildings: service buildings are important, but how about awesome-looking service buildings? Connect them to pedestrian zones by matching their visual style and provide services that contribute to good happiness values.

Accompanying the release of Plazas and Promenades are two content creator packs and two radio stations.

“Seaside Resorts” by Gèze brings the spirit of the classic seaside resort towns, boulevards and piers that flourished in 19th century America to Cities: Skylines.