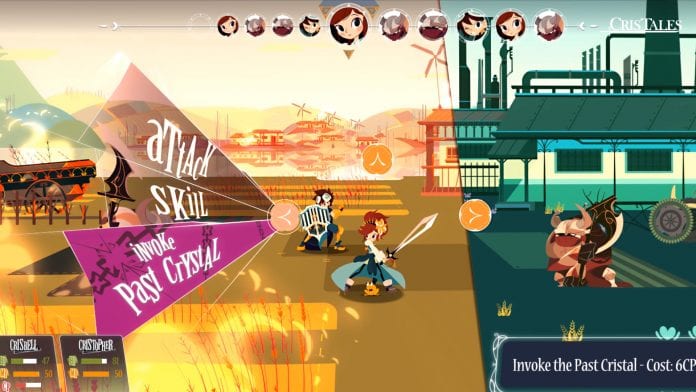 There’s no shortage of great looking art and fun gameplay in today’s new gameplay video for Cris Tales, which comes in at a whopping 9 minutes!

The gameplay joins heroine Crisbelle’s party as their quest leads through the picturesque coastal kingdom of Saint Clarity, its surprisingly dangerous underbelly, and crystal-coated dungeons teeming with deadly beasts. Players can cleverly spread their influence across time to solve plights plaguing the town’s citizens and provide a better future for everyone in the breathtaking wider kingdom of Crystallis.

Cris Tales is still slated to drop on November 17, 2020 for PC, PlayStation 4, Nintendo Switch, Xbox One, and Stadia (and its future release on PlayStation 5 and Xbox Series X).