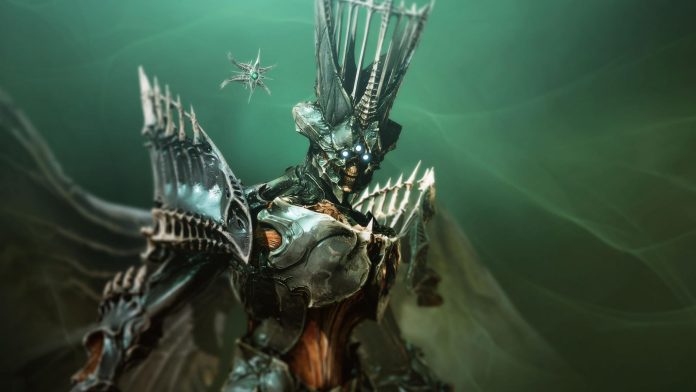 In just a little over two months, Guardians will finally take on the terrifying Witch Queen Savathûn in the Destiny 2: The Witch Queen expansion. Ahead its launch, Bungie brought a new trailer to The Game Awards that previewed the expansion in a unique way.

Having returned from an encounter with Savathûn, the Witch Queen, a troubled Guardian provides a debriefing for Ikora Rey and Eris Morn. Their findings are concerning to say the least. Was this an illusion or the terrifying truth?

I am a sucker for live-action trailers for video games. I always feel like they provide a more relatable and realistic perspective to the game they’re marketing. What’s really cool about this live action Destiny 2: The Witch Queen trailer is that it seamlessly blends scenes from the game’s mission with the live action debrief. Plus, it’s not every day we get to see a Guardian out of armor.

Outside of the neat novelty of the live action trailer, the gameplay shown was equally as impressive. The gunplay and powers were what you’d expect out of a Bungie trailer, fast-paced and high impact. More than that, the gameplay revealed a new version of Mars, along with Savathûn’s gothic ship. It all made for a really amazing trailer that got us all hyped for February.

Additionally, Bungie used their platform to also offer major discounts to any player interested in trying out Destiny 2 with the following deals:

Right now, Bungie is celebrating their 30th Anniversary in Destiny 2 with loads of new gear, dungeons, perks, and even the iconic Gjallarhorn Exotic Rocket Launcher for their players. It’s best to get in on it now, because we’re going to need all the loot we can get to prepare ourselves for the fight against Savathûn and her Lucent Brood.

That fight begins when Destiny 2: The Witch Queen expansion launches on February 22, 2022.