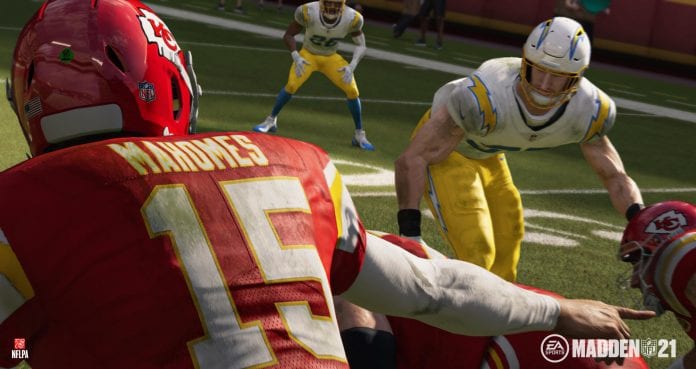 Below are the bullet points of features highlighted in the Gameplay Deep Dive:

I mentioned in my article last week that EA Sports was all about authenticity for this year’s Madden game. As the trailer shows, the new mechanics, open field tackling, and even the fact that players won’t be bumping into each other unnaturally between plays, they’re doing their best to live up to the promise of a more authentic experience.

Due to EA‘s Dual Entitlement program, EA Sports is offering to upgrade your Madden NFL 21 copy for free when you upgrade to the PlayStation 5 or Xbox Series X. However, you must upgrade before Madden NFL 22 releases and you will not be eligible for this offer is you purchase a physical version of the game and the digital version of the PS5.

Below is EA‘s explanation of this:

The physical copy of Madden NFL 21 on PlayStation 4 also includes your entitlement to download and play the PlayStation 5 version of the game (and Xbox One with Xbox Series X), so you’ll still be able to upgrade via Dual Entitlement if you purchase a next generation console with a disc drive.

If you intend to buy a discless next generation console, you will need to purchase Madden NFL 21 digitally to take advantage of the Dual Entitlement offer as physical discs cannot currently be used to upgrade to discless consoles.

EA Play Live will be July 22, No Longer Part of E3