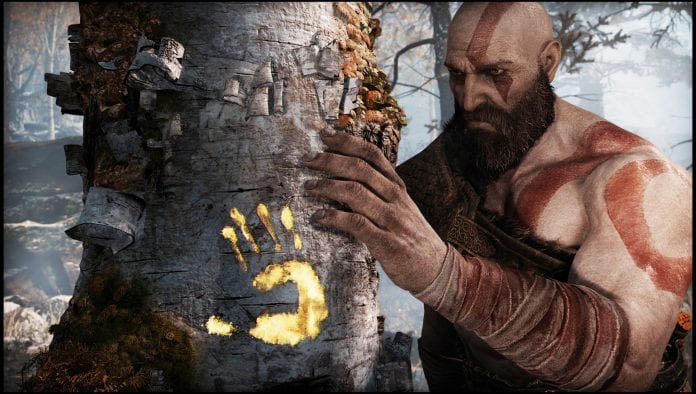 God of War has become one of the flagship IPs in Sony‘s loaded arsenal. We’ve had the pleasure of following the main character Kratos go from being consumed with rage in 2005 to trekking across mythologies and learning how to be a father in 2018. It’s a remarkable story of growth, the likes of which haven’t been seen often in video games.

However, despite how amazing the 2018 God of War continuation was, it left a few questions unanswered. For instance, how did Kratos get to the world of Norse mythology? How did he survive the events of God of War III? What happened that made his rage subside? When did he meet his wife? Thankfully, Dark Horse comics intends to answer those questions and more with a new God of War comic series called God of War: Fallen God. Chris Roberson has written the story with artist Tony Parker, letterer John Roshell, and the colorist Dan Jackson. The cover above was created by Dave Rapoza. The first issue of God of War: Fallen God will release on March 10, 2021.

Dark Horse provided a synopsis for the series, as well:

After conquering Zeus and thwarting Athena, Kratos believes himself to be finally free from his bondage. He sets sail for the desert in an attempt to distance himself from his home and his shame only to find his rage and guilt follow close behind. Kratos rages against the one foe that has proven to be unconquerable–himself. But a war against oneself is unwinnable, and only invites madness.

It’s unclear what all will explained and shown in God of War: Fallen God, but it is exciting that we’re finally seeing Sony and Dark Horse bridging the 8 year gap between God of War III and the 2018 game. It may even provide even more context to the events of 2018’s God of War.

We’ll find out soon enough, as Issue #1 of God of War: Fallen God releases on March 10, 2021. You can pre-order the comic at your local comic book retailer.