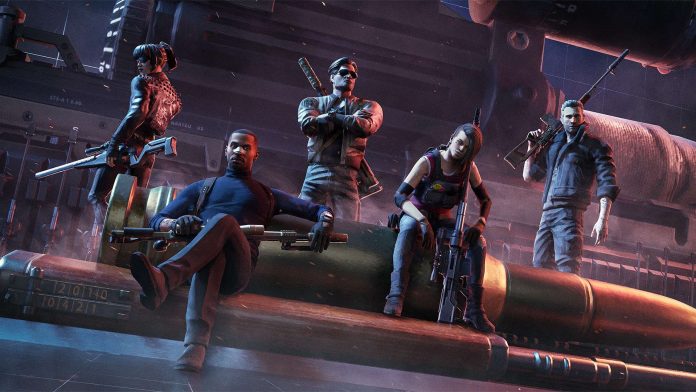 Hitman fans have a brand new story to play in the palm of their hands, as Hitman Sniper: The Shadows, launches today on mobile devices.

It’s been a while since we’ve heard much regarding the Hitman mobile game (originally revealed under the working title Hitman Sniper Assassins), but starting today, you’ll be able to actually play it!

Hitman Sniper: The Shadows focuses on events following the disappearance of Agent 47 and follows the story of a group of assassins called The Shadows within the hidden world of assassination where a new criminal network threatens global stability.

“From the onset, our ambition was to deliver a high production value Hitman Sniper experience on mobile in terms of quality graphics, and gameplay,” said Simon Doongoor, Senior Producer for Hitman Sniper: The Shadows at Square Enix Montréal. “We wanted this game to be the start of something new rather than a sequel. This vision freed us to move in a different direction, such as introducing The Shadows, and allowed us to create a deeper game experience for players.”

Unique Playable Characters
At launch, Hitman Sniper: The Shadows features six sniper assassins, each with their own backstories, play styles, personalities, and abilities. This diversity provides players with more freedom and flexibility in how they approach the game and each contract.

Each assassin is early enough in their careers to allow for a lot of room to grow, giving players the chance to evolve them into ICA agents.

New Locations
The game features new locations, each with different vantage points and time of day, giving players more choices and opportunities to eliminate targets. Each location has unique targets and becomes an exploratory environment, a distinct storytelling space with distinct challenges.

“We’re all fans of the franchise, so we wanted to ensure that the hidden world of assassination translated into an experience that fulfills both the fantasy and provides a great player experience, said Audran Guerad, Lead Artist for Hitman Sniper: The Shadows at Square Enix Montréal. “The cinematographic art direction and the high level of details of our maps offer players the most immersive experience possible. We want to be a reference in the sniper market for visually compelling games.”

Multiple Modes
Players are encouraged to manipulate enemies and leverage the environment around them for the perfect shot and are rewarded for their creative kills.

Players can play in campaign mode to learn about and eliminate targets while mastering their skills.

The game also features a PvP mode where players compete against other players to build their reputation. Precision and creativity are key to winning contracts in this mode.

Hitman Sniper: The Shadows is available now on iOS and Android devices.