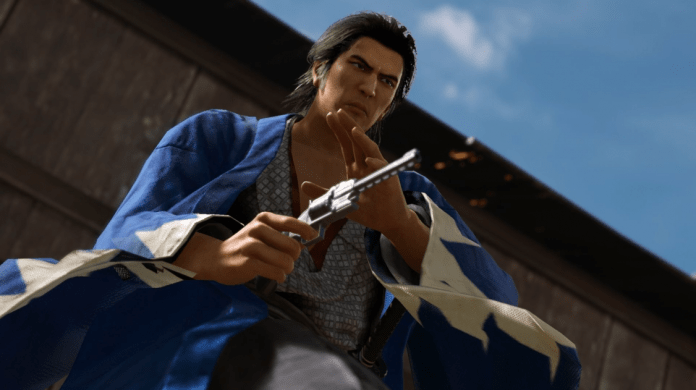 Back in September, SEGA and Ryu Ga Gotoku announced that 2014’s Ishin! had been rebuilt and would be leaving Japan for the first time with a new title, Like a Dragon: Ishin!. The announcement trailer for the Yakuza game set in 1860s featured a lot of story elements for fans to sink their teeth into. Today, though, the publisher has dropped a new trailer that is all about combat.

In 1860s Kyo, a solemn samurai’s fight for justice stands to change the course of Japan’s history forever. Draw your blade and join the revolution in this heated historical adventure.

From guns to katanas, this new trailer highlights all the ways you can take down foes. What’s more, we see Sakamoto Ryuma how he’s capable of doing so with the use of different combat styles. The Gunman Style, which as you might’ve guessed is all about gunplay. The Wild Dancer Style, which makes Ryuma a deadly spinning top, capable of deflecting bullets. Finally, there’s the Brawler Style that puts the beatdown on enemies.

Additionally, RGG Studio and SEGA released a list of improvements the game has made since 2014, including:

Like a Dragon: Ishin! will launch on February 21, 2023 on Xbox, PlayStation, Steam and Windows. Players can preorder the Digital Deluxe Edition and receive early access to the game on February 17, 2022 alongside receiving the following DLC items: