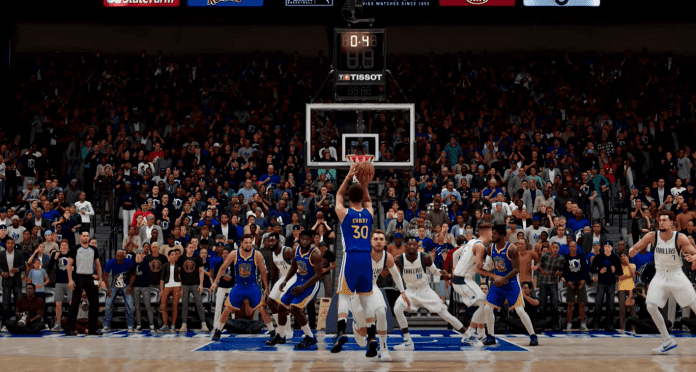 Sports games are all about realism. No matter the sports, be it basketball, football, soccer, hockey, baseball, etc. the goal of every studio is to make their game look as close to the real thing as possible. Limited by technology afforded to them, studios developing sports games have gotten close, but it just hasn’t been enough.

However, today 2K Games released the next-gen gameplay reveal for NBA 2K21 and it’s absolutely mind-blowing. With how realistic and clean the gameplay looks, it appears as if the Xbox Series X and the PlayStation 5 have cracked the code on realism in games. Take a look!

“Never before have we been able to deliver this level of visual fidelity and realism in a video game,” stated Greg Thomas, president of Visual Concepts. “NBA 2K21 is the standout title that best delivers the promise of next-gen: truly revolutionary graphics, lighting-fast load times and incredible new features and gameplay only possible on next-generation hardware.”

Earlier in the summer, 2K Games revealed that NBA 2K21 would be a completely different experience on Xbox Series X and PlayStation 5. The developers talked a little bit about how they had rebuilt the game specifically for next-gen devices. Hence, why they didn’t offer a free upgrade to the next Xbox and PlayStation, outside of the Mamba Forever Edition. We were so puzzled by this and the $70 next-gen price tag, that it caused members of our team to discuss the validity of increasing the price of next-gen games.

Although, after seeing this trailer, I get it now. This is realism at its finest and if that’s what we can expect from all next-gen games, this gamer is all in.

Here are all the features included in the next-gen version of NBA 2K21: