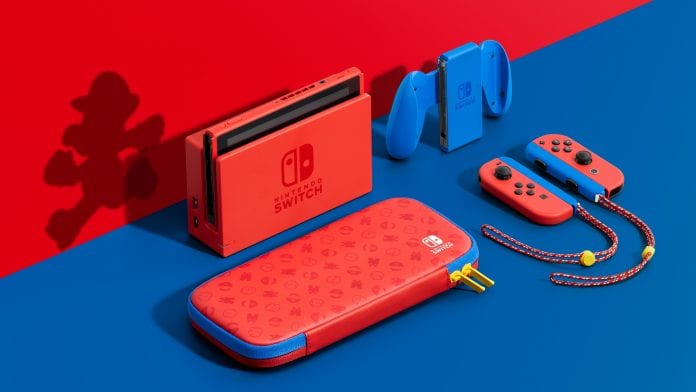 If you’ve been holding out on a Nintendo Switch, need a new one, or just love collecting the various themed consoles, you’ll definitely want to get your hands on this one. Along with revealing the new Super Mario 3D World trailer, they announced this swanky Red & Blue Mario Themed Switch console for fans to pick up: Not going to lie…this is really cool looking. I have a Switch, I know a “new” model is on the horizon, but I STILL feel like I need to get my hands on this one. Will you be trying to snag this on February 12th, or just getting the “new” Mario game?