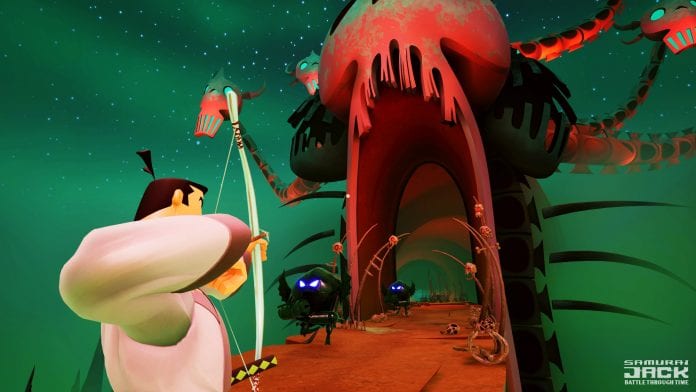 Today, Game Informer showed off a new gameplay demo via their Gameplay Today video series. The demo shows off a lot of different weaponry, native to the Samurai Jack series. It also features varied combat styles, as players will need to adapt to different enemies.

The exact release date for Samurai Jack: Battle Through Time has not been announced. However, IGN held an interview with Samurai Jack creator Genndy Tartakovsky, as part of IGN Summer of Gaming. In it, they discuss new details about the game and you can even see some gameplay (below).

Samurai Jack: Battle Through Time will release for the PlayStation 4, Xbox One, Nintendo Switch, and PC, sometime this Summer.