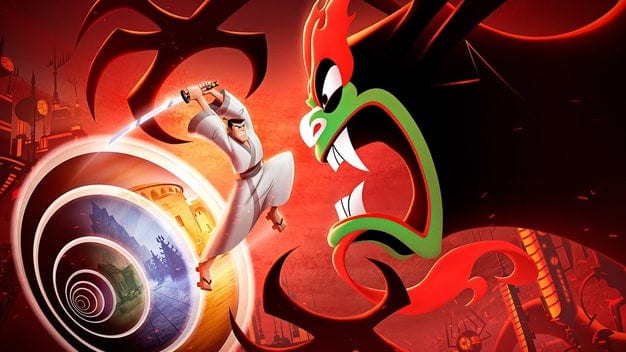 Samurai Jack is back once again, but this time he’s hacking and slashing his way in a new video game slated to arrive this Summer!

On my list of things I expected to see today, I can honestly say a brand new Samurai Jack game wasn’t one of them. It’s been three years now since the series returned to wrap up the series, so it seems an odd time to bring a game out, but I’m sure as hell not complaining!

Adult Swim Games and developer Soleil (who made Devil’s Third and Naruto to Boruto: Shinobi Striker) announced the game, Battle Through Time, will arrive this Summer for the PlayStation 4, Xbox One, Nintendo Switch, and PC. Even better, it’s coming with a story from the series’ original head writer, Darrick Bachman.

Become Samurai Jack, the greatest warrior of the past, present and future. Journey through time to finally stop Aku’s evil reign in this new adventure told by the creators of Samurai Jack. Encounter your favorite characters from the show including The Scotsman, Scaramouche, Sir Rothchild, and more!

An untold Samurai Jack adventure that ties into the epic series finale. Team up with trusted allies from the show to face off against familiar enemies. Visit classic worlds and moments from your favorite episodes. Travel to a dark future to free mankind. Dive into the past to face off against terrifying monsters. Seek your fate as you travel across space and time. Equip and master over a dozen different weapons in combat. Increase your power even more by training and unlocking new skills to support your playstyle.

Adult Swim Games will host a panel at PAX East this Friday where Genndy Tartakovsky and Bahcman will be there to share more details on the game. For now, hit up IGN where they have a few more images to check out.