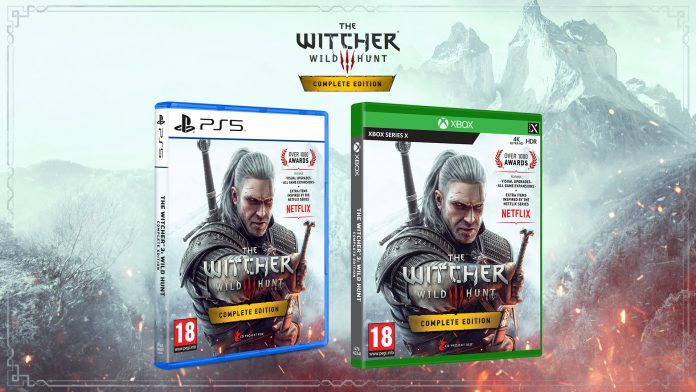 While fans have been able to enjoy The Witcher 3: Wild Hunt next-gen update digitally, next week brings a physical release for gamers to enjoy.

I will always be in favor of physical media (especially with all the stuff we’ve seen disappearing off streaming services lately) so, I’m pretty happy to see the latest version of The Witcher 3 is getting a physical release as well. CD Projekt Red announced the PS5 and Xbox Series X version of the game will hit retailers NEXT WEEK!

Released on December 14th, 2022 as a free next-gen update for owners of the PlayStation 4, Xbox One, and PC versions of the game, alongside a standalone next-gen digital purchase, The Witcher 3: Wild Hunt – Complete Edition takes advantage of the extra power of modern gaming hardware to offer numerous visual and technical enhancements over the original. For PlayStation 5 and Xbox Series X, which are now receiving a physical release of the game, these include Performance and Ray Tracing modes, support for AMD FidelityFX Super Resolution, faster loading times, and more. On PlayStation 5 the game also utilizes the advanced haptics and adaptive triggers of the DualSense controller, allowing players to further immerse themselves in the experience.

Furthermore, the next-gen version introduces items and a quest inspired by the The Witcher Netflix show, as well as quality of life additions: new camera options, quick Sign casting, Photo Mode, cross-platform progression, map and UI tweaks, a selection of community-created mods integrated into the experience — among many others. The Complete Edition also comes with all previously released content for The Witcher 3: Wild Hunt — the award-winning Hearts of Stone & Blood and Wine expansions, as well as 16 pieces of extra content.